Vontimitta, Kadapa Dist, 5 Feb. 20: All the pending works which are going on Sri Kodandaramalayam at Vontimitta in YSR Kadapa District should be completed well in advance before the annual brahmotavams which commences on April 2, said TTD Joint Executive Officer, Sri P Basant Kumar.

The JEO inspected the ongoing works at Vontimitta on Wednesday and directed the officials concerned to complete all ongoing development works at the temple ahead of annual Brahmotsavams. He inspected the works undertaken in temple surroundings and kalyana vedika. He later instructed officials to complete works on Queue lines, Office and Rest House buildings on a war footing basis and a rest house complex near Kalyana Vedika. He advised officials to keep past experiences in mind and complete all arrangements like parking and creation of devotional ambiance with green landscape for devotees benefit ahead of the holy festival of Sri Sitarama Kalyanam.

Later speaking to media, he said TTD has launched the prestigious development works worth ₹56 crore which are scheduled to be completed by March 15.

He said construction of waiting rooms at a cost of ₹1.6 crores were at various stages of progress and another ₹46 lakhs worth works including Arch near kalyana Vedika, toilets and flooring works were taken up in co-ordination with the ASI.

The JEO also inspected the ongoing works in Sri Lakshmi Venkateswara temple at Devuni Kadapa and also at the 108 feet Sri Annamacharya statue at Rajampeta. 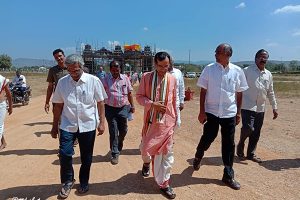 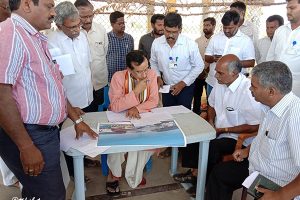 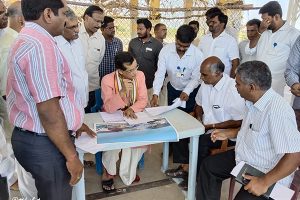 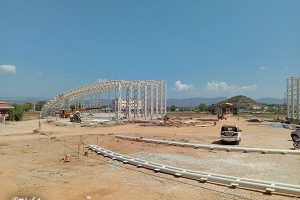 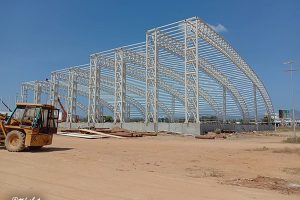 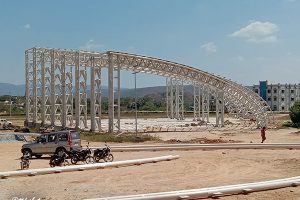