Accompanied by1200 tribal and Dalit devotees from remote areas of Visakhapatnam, the pontiff came to Srivari temple in padayatra from PAC-3 and offered prayers at Srivari temple.

Thereafter they performed bhajans at the Nada Niranjanam platform and were presented religious books.

Speaking on the occasion the pontiff said he launched the Hindu dharma Prachara Yatra in 2019 to preserve Hindu dharma and stop conversions in the tribal belt.

He said the Yatra has traversed 33,000 kms in Telangana and Andhra Pradesh since its inception propagating the significance of Hindu dharma. The Yatra concluded at the abode of Sri Venkateswara Swamy in Tirumala on March 31, wherein he prayed for motivation to 1200 Dalits and tribals to take up Hindu Dharma propagation.

He said prayers were also offered to Sri Venkateswara to end the pandemic. 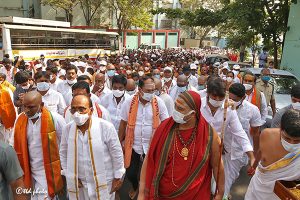 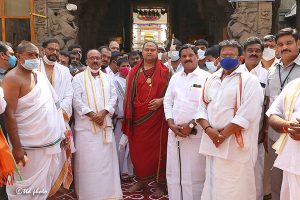 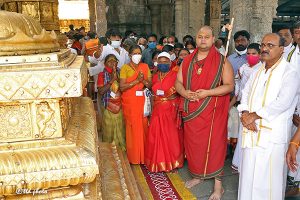 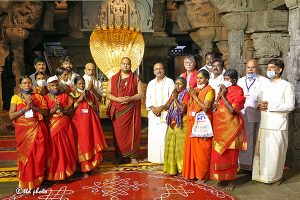 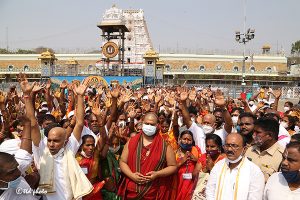 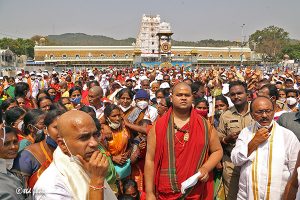 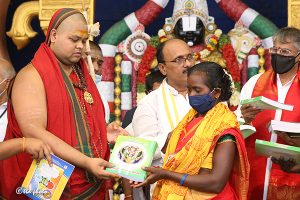