Addressing a meeting of senior officials at the TTD administrative building the EO on Wednesday said that TTD will push its temple building activity in collaboration with Samarsata Seva Foundation and  Sanskriti Samvardini organisations in the Second Phase.

He lauded the activities of  Samarasata Seva Foundation in Andhra Pradesh which included running Bala Vikas Kendras and advised officials to send devotional and patriotic related TTD publications to them.

He also directed HDPP officials to conduct special training on Shodasha Samskaras for the Archakas working in remote colonies of SC, ST and fishermen.

He said proposals for the new 500 temples would be submitted during the next Executive Committee meeting of HDPP by the Samarasata Seva Foundation and  Samskriti Samvardi organisations for approvals and TTD would raise about ₹10 lakhs for each temple construction.

He said both organisations would be responsible for the selection of suitable land for these temples.

EO said TTD had geared up new Dharma Rathas for the propagation of Hindu Sanatana Dharma which will be deployed to visit villages in the already built 500 temples and asked officials to prepare a route map.

He said Srivari devotees in these remote villages with temples will be provided an opportunity to serve as Srivari Sevakulu at Tirumala.

He also asked officials to prepare an action plan for promoting Dharmic programs at all TTD Kalyana Mandapams. 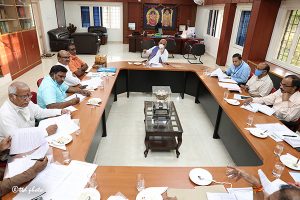 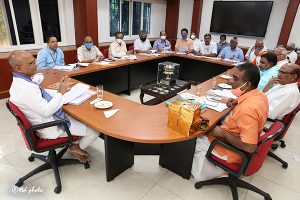 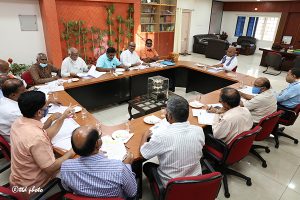