Speaking to media on the occasion the TTD chairman said the exercise of counting the contributions of devotees in the Srivari Hundi is called Parakamani.

He said the need for a separate building for counting and accounting operations of hundi to be carried out was a long felt need as hitherto the exercise was confined to the Srivari temple.

He said the new Parakamani Bhavan will be constructed in a sprawling area of 14962 sq. feet at a cost of ₹8.90 crore was donated by a devotee from Bangalore, Sri K Muralikrishna. The ground floor of the first block comprised of offices for Dyeo, AEO, AVSO, waiting hall for staff. The ground floor of the second block comprised of sorting halls, 1 hundi strong room, 1 Perubadi strong room and also the Donor cell-waiting hall.

The next floor consisted of sorting hall. Ten strong rooms for the Banks to secure the counted money. To facilitate the devotees to watch the counting operations, the entire walls of the building will also be done with glass.

Donor Sri Muralikrishna said it was his privilege to provide for a new Parakamani building and was confident to complete the construction work as early as possible.

Parakamani is not a religious activity. On many occasions the Srivari hundi is being transported from Srivari temple, Tirumala to TTD administrative building at Tirupati for counting operations. Parakamani operations are conducted daily under the supervision of the Tirumala pontiffs. The Parakamani staff have to undergo security check both during entry and exit causing disturbance to devotee darshan queue lines often.

The present Parakamani location inside the Srivari temple is not adequate for the counting of 13-14 hundials which accumulates every day with the offerings made by devotees. As a result of a delay in counting nearly ₹50 crore worth coins are kept pending to transfer to banks for safekeeping since many years. It was also difficult to remove huge stock of hundi coins outside the temple as well.

The present Parakamani location inside Srivari temple does not have openings of exhaust fans to remove dust and bad odour of the hundi cloth and vessels causing respiratory ailments. As a result, the many employees are not opting for Parakamani assignment.

The TTD board decided to move parakamani outside Srivari temple following written advice by both the Tirumala pontiffs. The new parakamani building will have toilets, restrooms and also exhaust fans. Two German machinery are being deployed to speed up the process for segregation of coins same day itself. 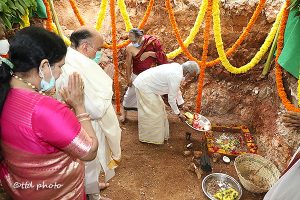 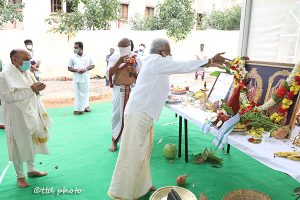 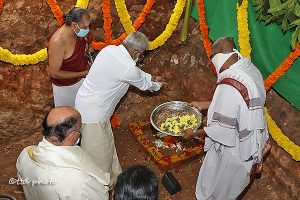 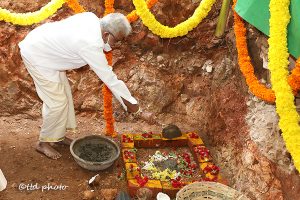 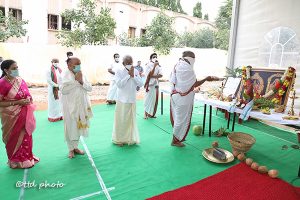