He was received with Purna Kumbha honours by the temple officials and rendered Veda Ashirvachanam by pundits after he had darshan.

Speaking to media persons later TTD EO said that the full-fledged SVBC Kannada channel shall be launched in October.

He instructed the SVBC CEO to prepare programs on sankeertans of Saint Purandara Dasa as part of the Kannada channel launch. 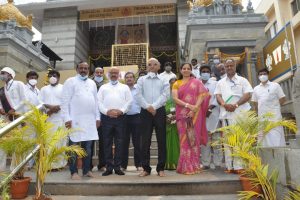 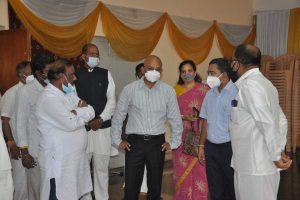 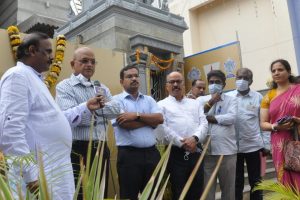