Tirupati, 29 Jan. 21: Terming Bhagavad Gita as a Spiritual Guide to overcome all problems in life, TTD Executive Officer Dr KS Jawahar Reddy on Friday said that the sacred text has the power to guide a society in the spiritual path by resolving all problems.

He was addressing the prize distribution session at the Mahati Auditorium of the national level Bhagavad-Gita shloka competitions for school students held under aegis of HDPP.

Speaking on the occasion the TTD EO said Bhagavad-Gita indicated the life style a person from birth to death and how to win over bad influences in life.

He said youth who practiced Bhagavad-Gita shlokas and also understood its meanings could achieve high laurels in their career and future.

TTD EO said that the SVBC mulled over conceiving series of programs on epics – Mahabharata, Ramayana, Bhagavata etc.to empower children with the holy maxims of epics in simple format.

He said the TTD also had plans to introduce many programs with objective of inculcating the basic tenets of Bhagavad-Gita among youth and people at large.

He also lauded JEO Sri Basant Kumar who put additional efforts in conducting the Bhagavad-Gita shloka competitions and also blessed all the winners of the contest from districts and national level feats.

Earlier the TTD JEO Sri P Basant Kumar said that Mahatma Gandhi from his younger days took up Gita Pathanam daily and that he found solutions for all worldly problems.

He said the Bhagavad Gita did not belong to any particular religion and that the holy book though originated in India was translated into many foreign languages and patronised by non-Indians who enjoyed its fruits.

Thereafter the TTD EO presented the prizes to first, second and third rank winners which included Srivari silver dollars of 20 gms, 15gms and 10 gms respectively besides some TTD publications and laddu Prasadam.

In the 6-7 standards category Kumar S Nagdileep from Visakhapatnam snatched first prize, followed by Kumari G Nitya Sriharshini of Kurnool got the second and Kumari A Lalithasri of Krishna district bagged the third prize.

Similarly in the 8-9 standards category Kumari V. Kokila Amrutavalli of Vijayawada got the first prize followed by Kumari N Aishwarya of Prakasam district for second prize and V Sai Harith of Kurnool for the third prize. 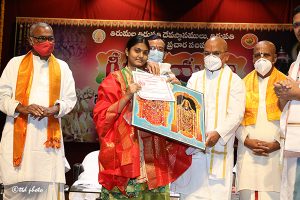 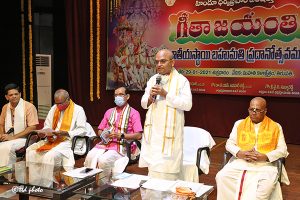 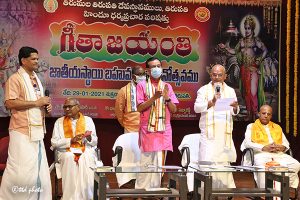 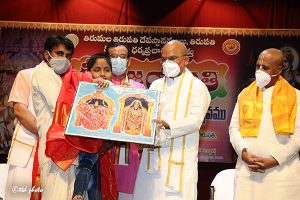 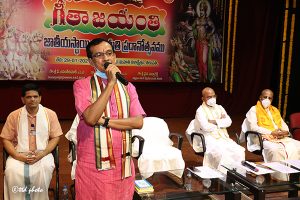 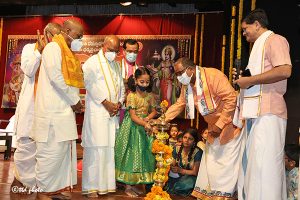 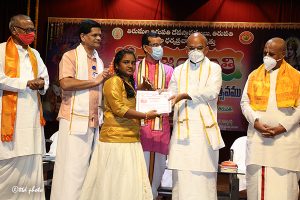