– UP & DOWN TRAFFIC ON DOWN GHAT ROAD

Tirumala, 1, December, 2021:TTD Chairman Sri YV Subba Reddy said the UP ghat road to Tirumala was badly damaged due to several land slides caused by recent torrential rains and is closed for repairs.

He said the retainer walls and the ghat road was severely affected at four locations after a series of land slides on Wednesday morning at 5-40 am. disrupted traffic again.

The Chairman who inspected the affected spots and made valuable suggestions to officials who informed him that none was injured due to the blessings of Sri Venkateswara.

Speaking to media later the Chairman said the unprecedented rainfall, first-ever in last 30 years, had led to land slides on the UP ghat road and on Wednesday morning, an RTC driver stopped the bus and averted a major accident.

He said such land slides and damage to the road was identified in five to six spots on the UP ghat Road and officials were directed to take up all precautionary steps and repairs on a war footing.

He said an experts team from Delhi IIT will land at Tirupati by evening and they along with TTD engineering and vigilance officials will conduct an inspection of the ghat roads. The experts will advise on all steps to avert land slides in future in the next two to 3 days.

He said till all repairs and clearance of debris on UP ghat road, all vehicular traffic will be permitted on Down Ghat road only.

He said all the devotees who booked their Srivari darshan tickets and postponed visit due to rains, they will be given options to use the same tickets within six months. However, there were no obstacles for Tirumala visit to devotees coming by footpaths. 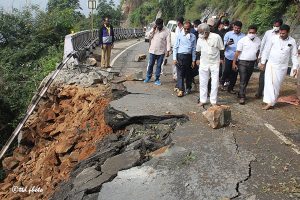 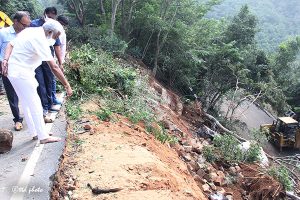 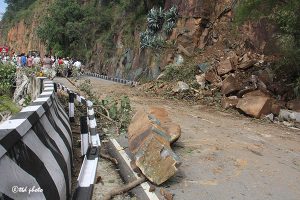 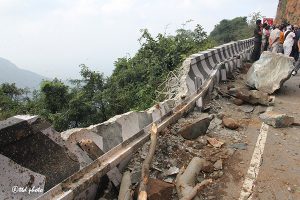 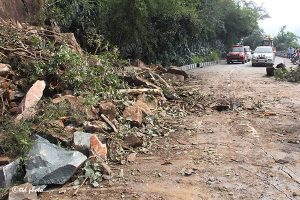 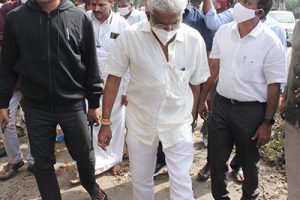 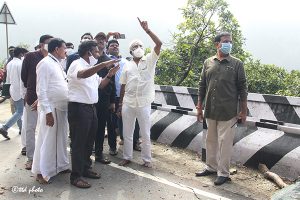 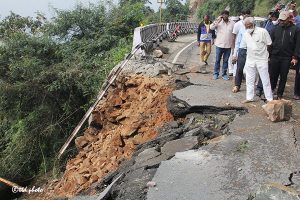 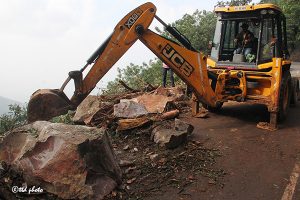 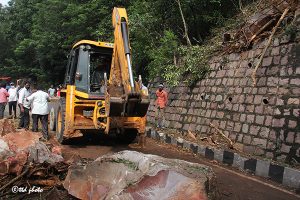