Tirumala, 5 January 2020: Top priority is given for facilitating darshan to the common devotees during Vaikunta Ekadasi and Dwadasi days celebrations in Tirumala by TTD, said Honourable Endowments Minister.

After inspecting the arrangements made for V-day at VQC-2, in the sheds of Narayanagiri Gardens, Mada street galleries and Kalyana Vedika, the state minister for Endowments said he was immensely impressed to that TTD had made all arrangements with covered shelters and toilets to facilitate devotees smooth darshan in spite of inclement weather conditions.

He said once the Vaikunta dwaram is opened up, VIP pass holders would be quickly given Darshan and more time for darshan will be provided for common devotees.

He later interacted with the pilgrims who expressed their satisfaction over the arrangements.

Earlier Additional EO Sri AV Dharma Reddy accompanied the Endowments minister along with other officials and explained the arrangements. 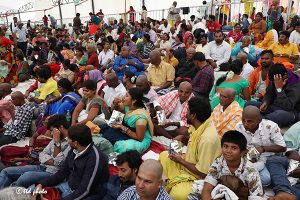 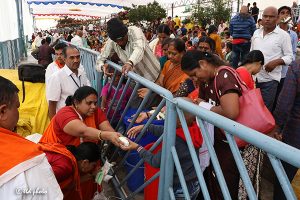 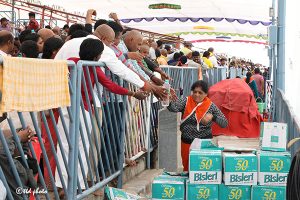 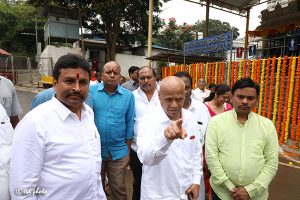 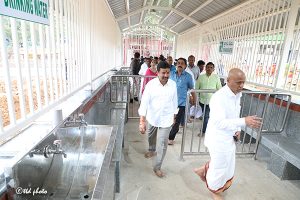 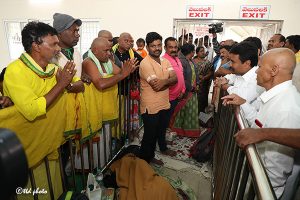 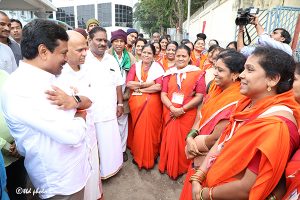 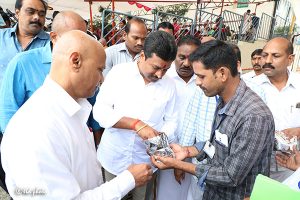