Tirumala, 14 Jul. 20: In view of auspicious Anivara Asthanam at Tirumala on Thursday, the temple cleansing fete, Koil Alwar Tirumanjanam has been performed with religious fervour in Tirumala on Tuesday.

The entire temple premises were cleansed with “Parimalam”, an aromatic mixture which is a composition of Kicchiligadda (a root vegetable), turmeric, vermilion and sandal. This thick paste is applied all over the roofs, walls, ceiling etc. While the entire process was underway, the presiding deity icon was closed with a veil. After the fete, the veil was removed and special pujas were performed to Sri Venkateswara Swamy followed by Neivedyam and Harati. Later devotees were allowed for darshan. 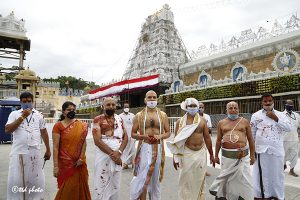 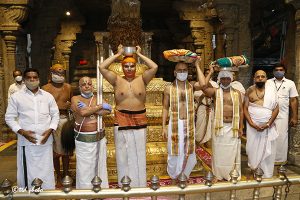 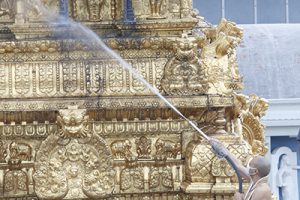 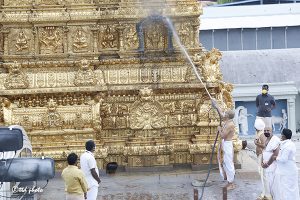