Tirumala, 7 Oct. 19: The Chief Engineer of TTD, Sri Ramachandra Reddy said that TTD had spent Rs.7.55 crore for making extensive arrangements for benefit of devotees during the ongoing Srivari annual Brahmotsavams at Tirumala.

Addressing reporters at the Media Centre on Monday, the CE said that a sum of Rs.3.46 crore was spent to spruce up toilets, bathrooms, drinking water taps etc. in the four mada street galleries and 10 million liters of clean water was pumped into the Srivari Pushkarini besides making comfortable arrangements in galleries, bhajan mandapams etc. for the sake of devotees.

Elaborate arrangements for the exhibition at the Kalyana Vedika were also made and rangoli, paintings along the mada streets and the Srivari Temple gave an enhanced look during the nine-day festival.

He said 4 LED electrical cutouts various deities were set up in Tirumala and 31 LED screens were put up at mada streets and other locations in Tirumala for devotees. 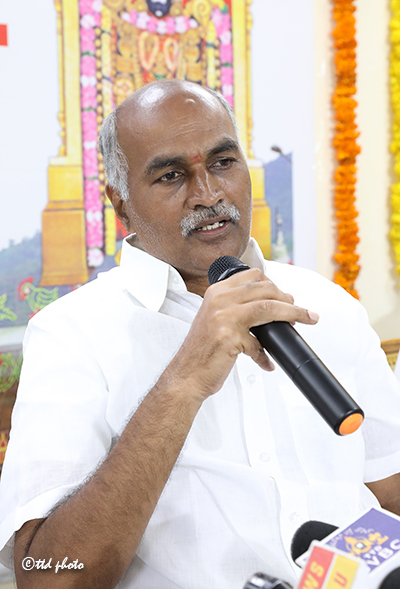 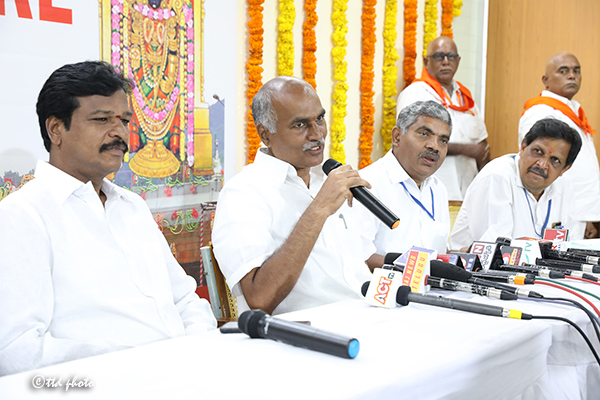