Tirupati, 27 March 2021: TTD vigilance and Tirupati urban police are on the lookout for a person who on Friday night tried to unsuccessfully break open the Hundi at Sri Govindaraja Swamy temple and steal its offerings.

As per details of the incident, a suspect who came for darshan at the temple hid himself till the temple closed and tried to open the Hundi with some other master keys.

However when his repeated attempts to open Hundi failed the suspect allegedly left the key set there itself and escaped in the darkness.

On the basis of the CC camera footage all-out efforts are underway by TTD copd and Tirupati Urban Police to identify the culprit and initiate further action on him. 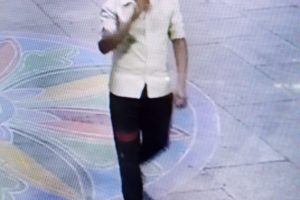