Tirupati, 03 March 2010:The TTD chairman Sri.D..K. Adikeshavulu said today that three more Veda Pathashalas will be set up in the state by the TTD.

Delivering his presidential address at the inaugural of the International Vedic Seminar the chairman said the TTD has taken up the promotion and preservation of Vedic literature in a big way for the benefit of posterity. ‘We have launched a unique program for the digitalization of Vedic scripts and literature so that the younger generation can get all the benefits of ancient knowledge.

Earlier the Seminar was blessed by His Holiness Jayendra Saraswati of Kanchi Kamakoti peetham who presided as the chief guest. The seminar is conducted on the sprawling campus of Sri Venkateswara Vedic University in the environs of Red sander trees and several   Ayurvedic and medicinal plants.

Addressing the audience in which over  1000  Vedic scholars are participating besides students from the Veda Pathashalas and the Sri Venkateswaraswami Vedic t University, His Holiness said  Vedas provided solutions for ailments of society and human beings. He said   Vedas had solutions for science, Technology and also mundane mathematical, astronomical and economic issues.

He urged the future generations to focus on Vedic studies and research as a measure of necessity to fund solutions to all contemporary ailments of the society and the country.

The former chief justice of Karnataka High Court, Justice  Y Bhaskar Rao said  Vedas were eternal and reflected on the democratic and liberal approach of the Indian society towards all religions and practices.

He said made a fervent appeal for the translation of Vedas into all international languages so that its significance could be better understood by all philosophers of the world and also that Vedas could get their due recognition in the hall of philosophies of the world.

Participating in the event  Executive officer of the TTD  I  Y R Krishna Rao said the TTD  will take all possible measures for the promotion of Vedic Literature and the setting up of the Vedic  University was one step in that direction.

He said the TTD had taken up not only the digitization of Vedic literature but also its popularization by setting up of Vedic pathashalas to encourage youth in Vedic studies.

Mislav Jezic of the University of Zagreb, Croatia who is participating as a special invitee is presenting a special paper on poetic techniques of Vedic Rishis with special reference to Rig-Veda Samhita. The Sanskrit exponent in the world, Jezic Mislav said  Sanskrit is a world language and the  Vedic literature in Sanskrit has earned laurels all over the world for its rich heritage of scientific approach.

Dr R Kavita Prasad, secretary of H D P P   said the discussions in English, Telugu and Sanskrit will commence at each of the Yajnavalya, Agastha and Max Mueller   Vedikas for the next three days in which hundreds of Vedic scholars will participate. The unique Veda parayana’s (chanting of Vedas) by 1008 scholars will also commence at Veda Vyasa Vedika. 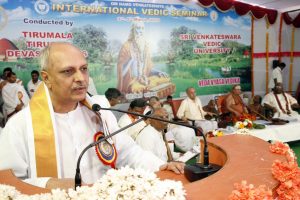 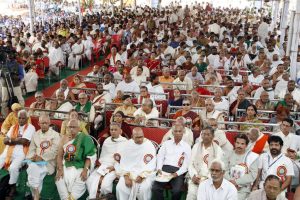 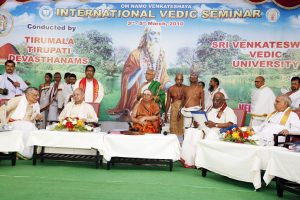 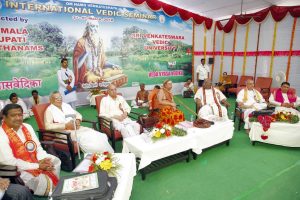 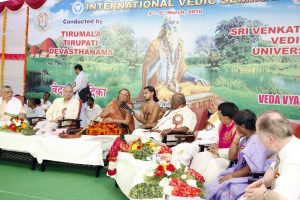 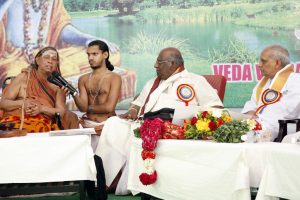 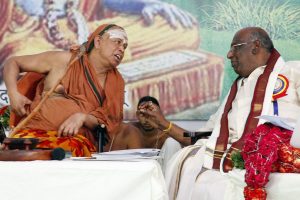 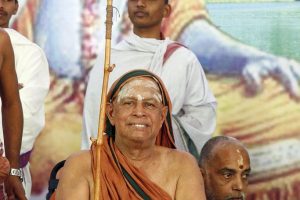 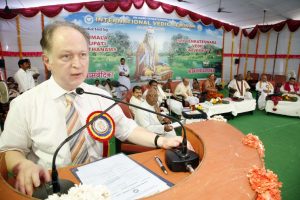 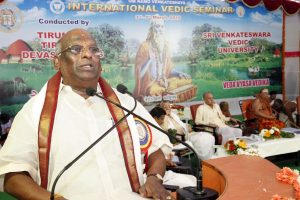