Speaking to media, TTD EO said as in last year sheds with German technology are set up along mada streets providing shelter to 40,000 devotees. In the Narayanagiri gardens, sheds were already built at a cost of Rs.26 crores which will accommodate 30,000 devotees. TTD will allow about 15,000 to sit in VQC -2 from January 5 midnight onwards. In all, over 85,000 devotees would be provided shelter from inclement weather conditions.

After Dhanurmasa Kainkaryams, the VIPs will allowed for darshan from 2:30am onwards while the sarva darshan for common devotees will commence from 5am onwards.

He said all departments have been given specific tasks by additional Executive Officer Sri AV Dharma Reddy to gear up for the Vaikuntha Ekadasi rush. First the VQC queue lines waiting since January 5 will commence and later those waiting in mada streets will be brought to VQC.

Nearly 3500 Srivari Sevakulu are deployed to provide Anna Prasadam, distribute water and man queue lines. Apart from the volunteers 1300 scouts, 1100 TTD vigilance sleuths and 1900 district police have also been deployed. The vigilance and police will work in close coordination on traffic and parking issues in Tirumala with support of CCTV and mobile teams in Tirumala, he added.

Earlier he inspected the arrangement of sheds in four mada streets, Narayanagiri Gardens, outside lines etc. 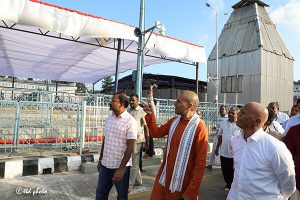 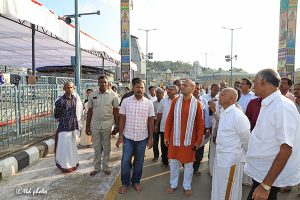 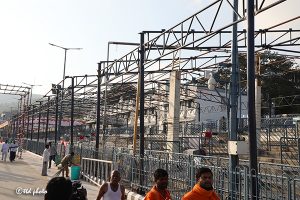 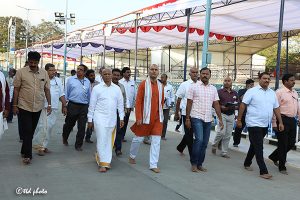 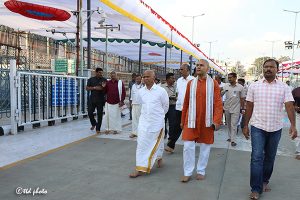 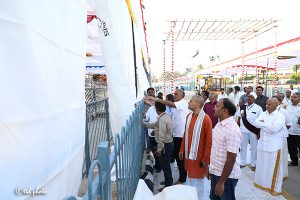 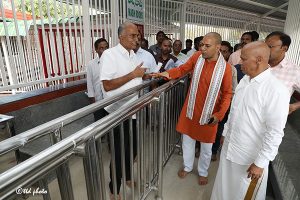