January 6 and Dwadasi on January 7 respectively. After Dial your EO programme at Annamaiah Bhavan on Friday, the EO said, all privilege darshans remain cancelled from January 5 to 7 along with Arjitha sevas.

He said, this year, the nine sheds constructed in Narayanagiri Gardens at a cost of Rs.26crore, added sheltered accommodation for waiting pilgrims till they have their turn for darshan. He said the German sheds have also be laid in Mada streets at a cost of Rs.1.70crore.

The EO said, Sri Venkateswara Swamy temple is under progress at Visakhapatnam at a cost of Rs.17crore while another temple of Lord would be constructed at Bandra in Mumbai at Rs.30crore.

This month, the privilege darshans for Senior citizens, physically challenged persons will be on January 21 and 28 while for parents with children below 5years is on January 22 and 29″, he added.

Meanwhile TTD has released 65,280 tickets in on-line for the month of April 2020 on Friday. 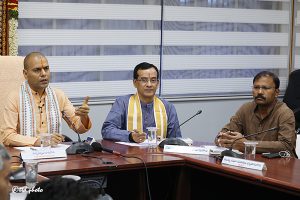 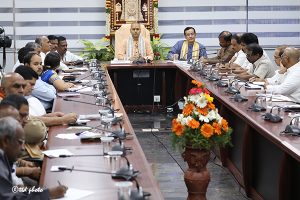