He was addressing a two day international Webinar hosted jointly by the Sri Venkateswara Higher Vedic Studies Institute of TTD and National Sanskrit University which commenced on Friday in Tirupati.

Participating in the video conference Sri Bharati Mahaswami said the Brahmanda Puranam also affirmed the fact in addition to other puranas which hail Anjanadri as the birthplace of Sri Anjaneya.

He said the Kishkinda theory lacked puranic and traditional support materials and persons who had no knowledge of puranas were unfit to talk and make comments on the holy concept.

In his presidential address the TTD EO Dr KS Jawahar Reddy said soon after he took charge at Tirumala, he received several e-mails about Anjaneya Swamy birthplace and when he posed them to pundits and learned persons they too concurred and provided puranic evidences.

He said TTD set up a pundit Parishad in December 2020 for comprehensive research on Puranas, history, and geographic and Archaeological data and affirm Anjanadri as birthplace of Hanuman.

The pundit Parishad also visited locations in Jharkhand, Gujarat, Karnataka and Maharashtra wherever locals claimed as the birthplace of Hanuman. Finally on the auspicious day of Sri Ramanavami day on April 21 this year, TTD published a booklet with all authoritative evidences gathered by the pundits Parishad. The report was kept open for public debate inviting suggestions, objections etc.

TTD also organised a discussion meeting with a few but their unparliamentarily approach and the language they used was condemnable. TTD is ready to conduct another round of debate, if necessary to remove misconceptions etc.

Speaking on the occasion Dean of Mahindra University Law college Dr Madabushi Sridhar said there was enough proof of Anjanadri as Hanuman birthplace including an Oxford university publication of 2007 – “Hanuman’s Came”. The reference to Anjanadri has been there decades ahead of the TTD study, he added.

Acharya V Muralidhar Sharma, the Chairman of TTD pundits Parishad and the Vice-Chancellor of National Sanskrit University said the webinar was being conducted to spread data on the findings of TTD Pundits Parishad which will soon be brought out in form of a book. He said without Puranas the concept of Indianism will be blank. 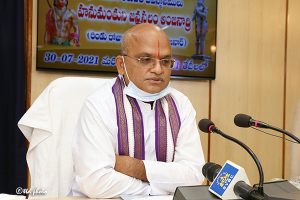 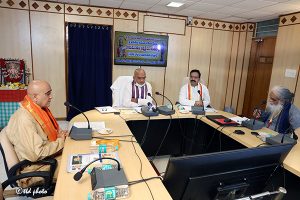 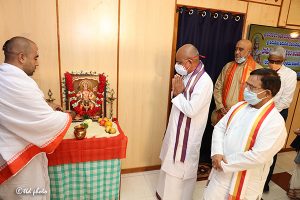 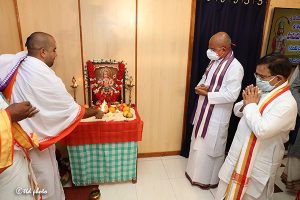 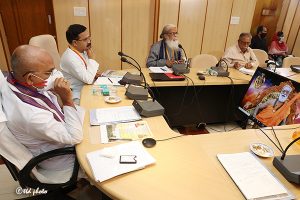