Tirumala, 7 December 2019:Among all the forms of charity, Annadanam is considered as an act of highest virtue, said TTD EO Sri Anil Kumar Singhal.

Later, speaking to media persons, describing “Annadanam as Mahadanam”, the EO said, the Annaprasadam wing of TTD has been offering incredible service to pilgrims from the past several decades. “Everyday donations are pouring in to the Sri Venkateswara Annaprasadam Trust and at present we have Rs.1350crores in the Corpus. During last year, donations to the tune of Rs.141crores were given to APT out of which Rs.79crores accumulated as interest income. The total expenditure on Annaprasadam during last year is Rs.99.90crores. That means, in another two or three years, the Annaprasadam Wing will become self reliant as we can spend from the interest amount itself”, he observed.

Adding further, the EO said, at present during normal days, Annaprasadam is being served to one lakh pilgrims and during peak and occasion days over 1.5lakh pilgrims were served with Annaprasadam. Every day we are receiving 6-7 tonnes of vegetables and with the special initiative taken by Additional EO Sri AV Dharma Reddy, now in the last two months even the Annaprasadam received about 55 tonnes rice as donation”, he added.

I congratulate the entire staffs, Srivari Seva volunteers who are doing impeccable services to the multitude of pilgrims especially in the distribution of Annaprasadam during most important occasions like Garuda Seva, Ratha Sapthami, Summer vacation and Vaikuntha Ekadasi, the EO said.

The senior politician has also served Annaprasadam to devotees in the massive MTVAC. 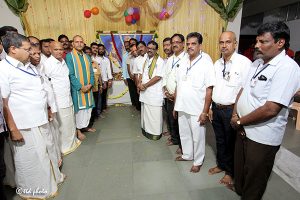 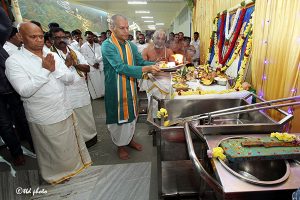 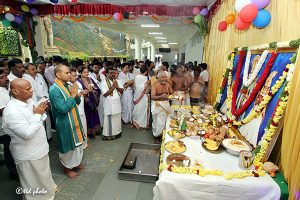 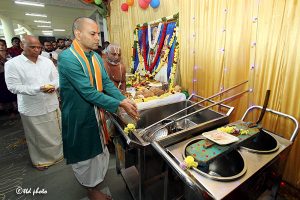 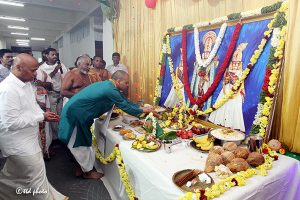