Tirumala, 05 May 2022: The annual Bashyakarula Sattumora fete was grandly celebrated at the Srivari temple on Thursday on the advent of Arudra Nakshatra in vaishaka month, the birth star of Sri Ramanujacharya.

As part of the celebrations, utsava idols of Sri Ramanujacharya was paraded along the Mada streets of Srivari temple and abhisekam was performed at Sri Bashyakarula Sannidhi on the footpath.

Later in the evening after the Sahasra Deepalankara Seva, Sri Malayappa Swamy along with His consorts will be paraded on a Tiruchi on the Mada streets and Pradakshina performed in the vimana prakaram of the temple.

Thereafter the Sattumora festivities will be conducted at the Sri Bashyakarula Sannidhi. 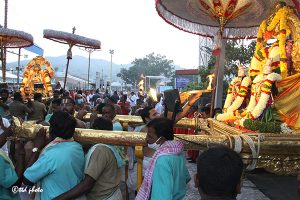 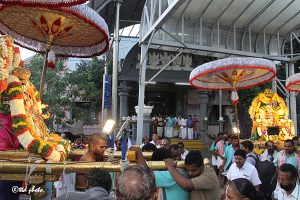 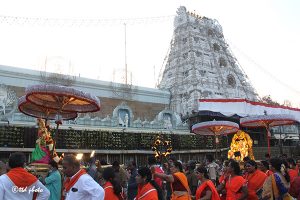 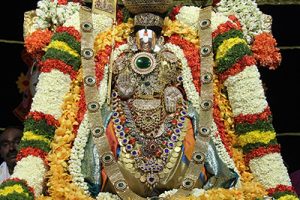 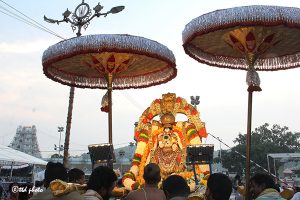