TIRUPATI, 06 DECEMBER 2021: Saint poet Sri Tallapaka Annamacharya Sankeertans are popular across the world and the aim of “Adivo Alladivo” program is to bring new Sankeertans of Annamacharya which were composed by TTD with new talents to the public fore, said TTD Additional EO Sri AV Dharma Reddy.

The curtain raiser and inaugural session of the unique “Adivo Alladivo” program took place at Mahati Auditorium in Tirupati on Monday. Speaking on the occasion, the Additional EO said so far TTD has recorded 4000 Sankeertans of Annamaiah. But only a few are in popularity. “So we have designed this program. On the other hand, we are also bringing out book with “Artha Tatparya” for each kriti of Annamacharya soon”, he added.

Earlier the Chairman SVBC Dr Saikrishna Yachendra in his presidential remarks said the program is the brainchild of TTD EO Dr KS Jawahar Reddy and the main aim is to promote the new compositions of Annamaiah as well the new talented youth. The competitions are being held to the age groups between 15-25years.

“From the past six centuries the entire clan of Annamacharya has been doing service to Sri Venkateswara Swamy with their Sangeeta and Sahitya. Even today we can see the rendition of the descendants of Annamacharya in Tirumala temple”, he maintained.

Later Vice-Chancellor of SV Vedic University Prof Sannidhanam Sudarshana Sharma said Sangeetham is also a Upavedam as it is often considered as a sub wing of Sama Veda.

In the Sangeeta Sahitya world Annamaiah will be in the forefront and described him as “Telugu Bhartruhari”.

National Sanskrit University Vice-Chancellor Prof. Muralidhara Sharma in his address said their varsity will support TTD in this divine endeavour. He also suggested that the new talents be provided a platform on Nadaneerajanam.

Annamacharya Project Director Dr A Vibhishana Sharma said “Like Dasavataras of Sri Maha Vishnu, Dasa Sahiti Lakshanas were there in Annamaiah kritis. On a war-footing, this program has been designed and to encourage youth on the new compositions of Annamaiah. By next Ugadi we will bring out all the Adhyatma Keertans compiled with 17 pundits to the public domain”, he added.

Later a video promo on the programme with a background score rendered by Madhu Balakrishna was displayed on the occasion followed by the felicitation to all dignitaries.

The singing competitions by the participants commenced after the inaugural programme. 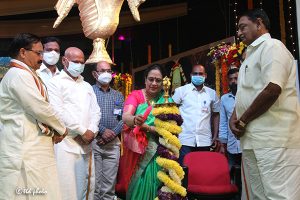 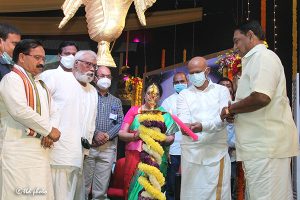 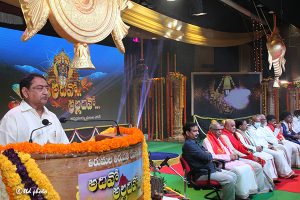 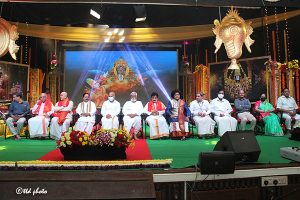 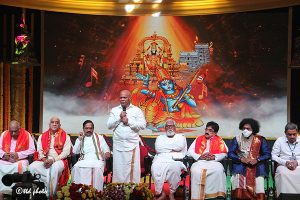 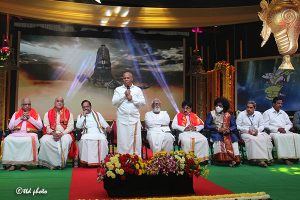 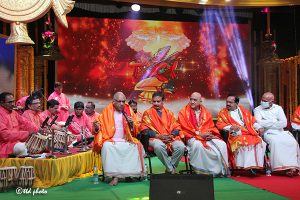 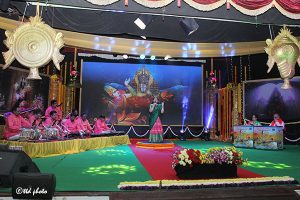 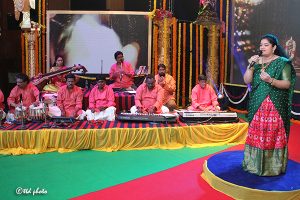