URGES MEDIA NOT TO PLAY WITH THE SENTIMENTS OF DEVOTEES

Tirupati, 1 Dec. 19: Strongly condemning the alleged reports by a vernacular newspaper which essayed “Yesaiah” word in TTD calendar search in website as it Headlines, TTD Chairman Sri YV Subba Reddy termed it as a “conspired article with vested interest and completely baseless”.

“To counter such baseless reports which are going viral in social media,  we have decided to open up a Cyber Crime Wing TTD soon”,  the Chairman maintained.

Convening a press conference at SPRH in Tirupati on Sunday evening along with TTD top brass officials, Chairman brushed away the reports stating them as “Intentionally done by some vested interests to tarnish the image of CM of AP Sri Jagan Mohan Reddy. “Since you have no issues to point out at the state government which is giving a good governance, you have taken up the baseless evangelism issue. But my humble request to the media is not to play games with Lord Venkateswara and sentiments of crores of Hindus across the globe. In the name of vengeance you are tarnishing the image of TTD and Lord which is unpardonable. We will definitely take up legally on those who involve in baseless allegations against TTD”,  he asserted.

Later explaining the Google Interpreter error,  EO Sri Anil Kumar Singhal said,  there is no word “ Yesaiah ” in TTD website.  In the google search yesterday, the TTD Vikarinama Samvatsara Panchangam 2019-20  displayed a word Sriye as Sri Yesaiah. The transliteration of google depends on pdf image, font size, font type and space between them letters. It is an issue of google inscripter  but not with the TTD Panchangam.

He said TTD has already sought a clarification from Google on the issue and it took 12 hrs to update on the google cache. The word is not appearing on the google page now and is missing.

Our IT team and Vigilance team enquired on the whole episode and TTD website is not hacked from out side or any deiiberate sabotage by an insider. It has been identified as an Google Interpreter issue only”,  he reiterated. 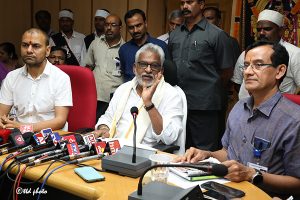 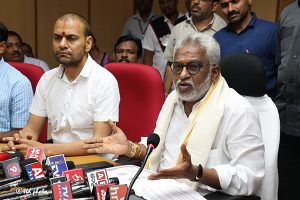 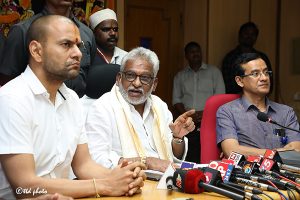 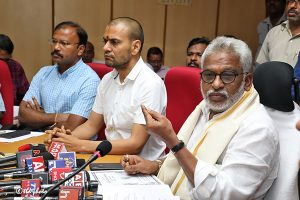 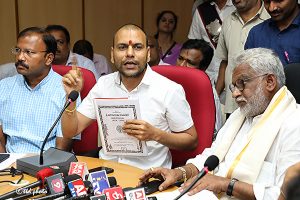