Tirumala, 26 Dec. 20: On the auspicious occasion of Vaikuntha Dwadasi, Chakrasnanam was performed in Ekantam to Sri Sudarshana Chakrattalwar in the sacred waters of Swamy Pushkarini in Tirumala on Saturday.

This is for the first time, the Sudarshana Chakrattalwar was being rendered holy Chakrasnanam in the temple tank waters after nine months. It may be mentioned here that, TTD has closed the Pushkarini activities early in March this year, following Covid pandemic along with the entry of pilgrims in to Pushkarini. Even during the annual and Navarathri brahmotsavams also, TTD has observed Chakrasnanam in a makeshift temple tank inside the temple only.

Speaking on this occasion, TTD Chairman Sri YV Subba Reddy said, this celestial fete is usually performed four times in a year, during brahmotsavams, Radhasapthami, Ananta Padmanabha Vratam and Vaikuntha Dwadasi. “Almost after nine months we have performed Chakrasnanam in Pushkarini, but in Ekantam”, he observed. 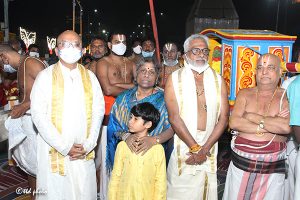 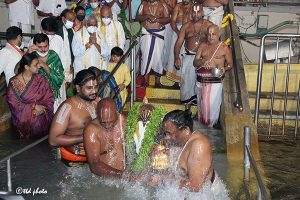 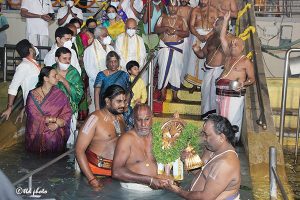 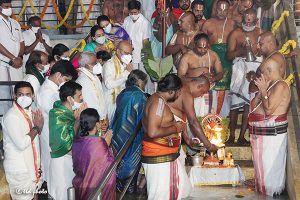 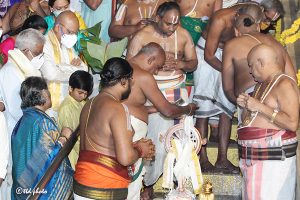 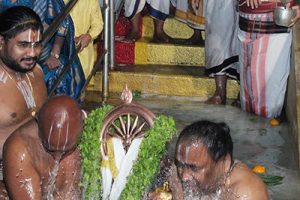 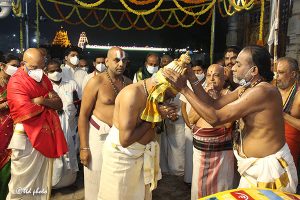