Tirumala, 30 Sep. 19: The Honourable CM of Andhra Pradesh Sri  Y S Jaganmohan Reddy offered silk vastrams to Sri Venkateswara Swamy on behalf of State Government, as a part of the official tradition, to make such an offering during the annual Brahmotsavams at Tirumala.

Earlier the Chief Minister was adorned with traditional headgear by temple archaka at Sri Bedi Anjaneya Swamy temple. From there he carried the silk vastrams in a plate over his head amidst the chanting of Veda mantras with the accompaniment of Nadaswaram and Melam to the main temple.

Later he offered silk vastrams to the presiding deity in side temple and offered prayers to Sri Venkateswara Swamy. At Ranganayakula Mandapam he was rendered Vedasirvachanam by temple priests.

The CM later offered 80kilos 400grams of rice as Tulabhram and fulfilled his wish and also took part in Peddasesha Vahanam procession. 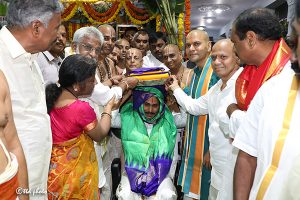 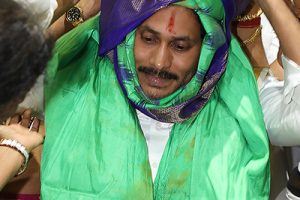 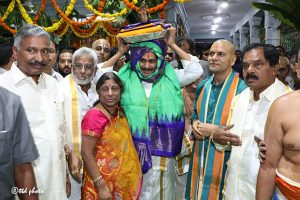 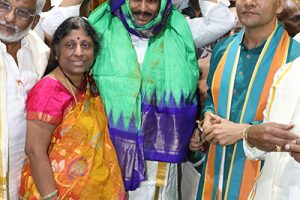 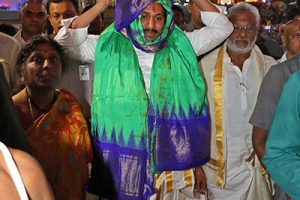 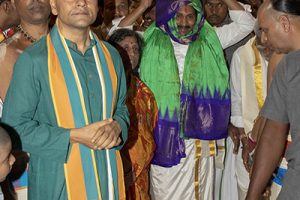 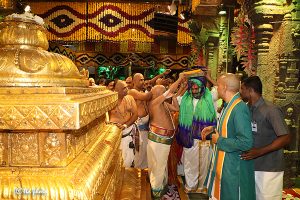 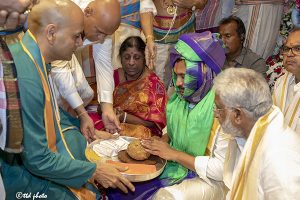 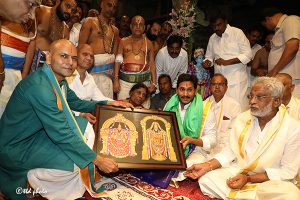 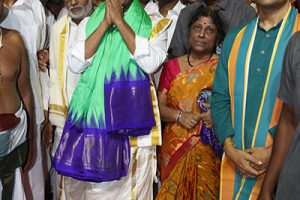