Tirupati, 25 September 2021: A critical Spinal cord operation was performed free of cost by specialists with the sophisticated state-of-art equipment installed in the BIRRD Hospital and it is a boon to poor and needy patients by Srivaru said specialist surgeon Dr Surya Prakash.

The eminent doctor who was in BIRRD on the invitation of TTD addressed a media conference at the hospital on Saturday evening along with OSD Dr Reddappa Reddy.

He said he has been performing backbone and spinal cord operations for the last 25 years and advent of state of art medical equipment has now made all surgeries without complications and avert paralysis in the patients.

Elaborating further, he said all such operations were performed under Neuro Monitoring Technology in consultation with experts from Chennai based corporate hospital.

BIRRD Hospital OSD Dr Reddappa Reddy said the hospital had received a donation of Rs.15 crore worth equipment so far with which specialized operations for poor shall be performed by inviting ortho specialists from all over the country.

He said TTD is in consultation with International companies like Auto-lock and Endolite companies to manufacture world-class artificial limbs in BIRRD in the next few months.

The OSD of the hospital said henceforth BIRRD is also introducing facility to provide hassle-free OP services with 33% through phone, 33% via website and 34% physically and that anybody could get any speciality operations within 90 days.

According to the patient’s father Sri B Srinivas of Muthkuru village, Kalakada Mandal, Chittoor district, his daughter has been suffering from spinal cord discomfort from the past three years. However, with the blessings of Srivaru, his daughter got successfully operated free of cost at BIRRD while the actual cost of the surgery outside is almost Rs.5lakhs which he could not afford. He thanked the doctors and nursing staff at BIRRD for the special care and medication they have extended to his daughter during surgery time.

Similarly, Sri K Chinna Rao, Chellandi village, Tekkali mandal of Srikakulam district and Sri Brahmam of Nandivargam village, Panyam mandal of Kurnool district narrated the woes of their children and how the critical surgeries were performed to them free of cost at BIRRD hospital with the special care shown by doctors and paramedical staff. “Now our children are free from their ailments with the benign blessings of Sri Venkateswara Swamy”, they expressed with elation. 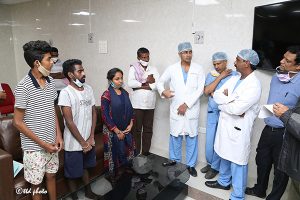 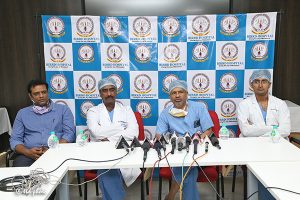 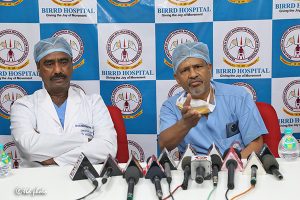