Tirumala, 3, October 2019:  Chhau, Norda, Ger, Kaliattam-call it by any name, they are all the classical dances of different states, which depicts the cultures of respective states.

It is a convergence of various cultures on a single platform on the fourth day of the ongoing annual Brahmotsavams as about eight states from across the country presented the cultural display by artists which captivated the devotees during Kalpatharu vahana seva on Thursday morning.

The 15 artists team from Madhya Pradesh led by Sri Aman Chausia regaled the devotees with their erythematic Norda Dance. It is a traditional folk dance of MP.

Sri Nagendranath Singh and his team of 14 from West presented colorful Chhau dance.

GER OF RAJASTHAN AND KALIYATTAM OF PUDUCHERRY

The team from Rajasthan led by Ukaram Parivar enthused with traditional Ger Dance and those from Puducherry gave a rendering to the traditional dance form Kaliattam.

GAUR OF CHATTISGARH AND DRUMS OF MAHA

While the Chhattisgarh team led by Sri Kesoram Yadav presented a tribal dance Gaur and the 30 member strong drumbeaters of Maharashtra led by Sri M J Ketkar put the audience into a trance.

Apart from these special art forms, Kolatas by 60 members of Tirupati, Visakhapatnam, Tirumala and folk dances by batches of West Godavari and Hyderabad thrilled the audience. 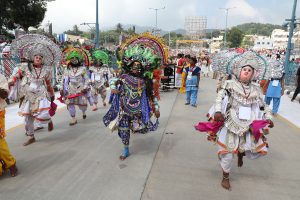 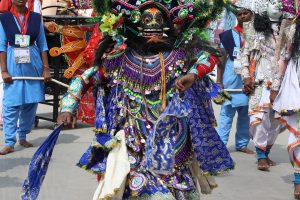 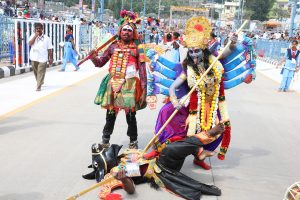 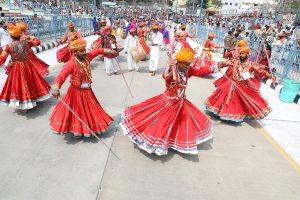 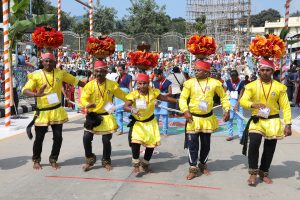 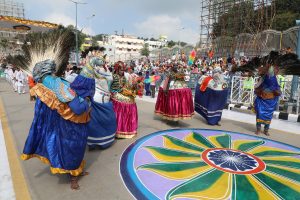 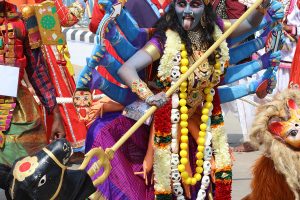 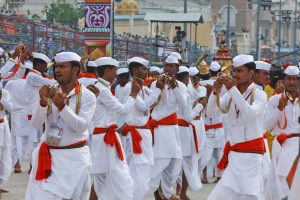 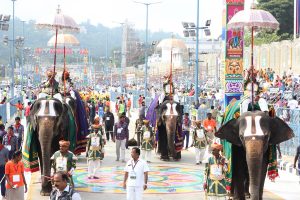