PLAN MORE TICKETS AS PER OPPORTUNITY

Tirumala, 8 Jun. 20: The trial run of Srivari Darshan for employees on June 8 and 9 and Tirumala locals on June 10, is mulled to assess how many devotees could be accommodated in the queues as per rigid Covid-19 guidelines of the state and central governments, said TTD Trust Board Chairman Sri Y V Subba Reddy.

The Chairman physically supervised the trial run of darshan allotted for TTD employees and their families at the Srivari temple on Monday morning and made some suggestions to, officials on observing social distancing in Queue lines, visiting Hundi to make offerings and using non-alcoholic sanitizers.

Speaking to reporters outside the temple, the TTD chairman said though it was planned for 500 devotees for darshan per hour, nearly 1200 devotees had darshan in the first two hours observing all guidelines of social distancing etc. “After careful observing the movement for three days, TTD will take a call on the need to increase the issue of a number of tickets in future”, he added.

He said the devotees are advised to not touch the temple walls or the grills and special arrangements made to ensure that they do not touch even the water taps. TTD has placed Foot Operated taps inside the temple. “TTD will resume prasadam only after approval from the government”, he maintained.

He said instructions have been issued that laddu counters will operate for every two hours alternatively and they too will be sanitized every two hours along with temple and queue complex. TTD staff working in close distance with devotees have been given special PPE kits. 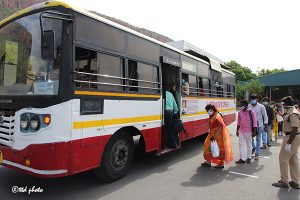 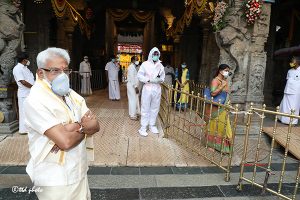 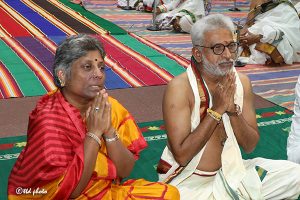 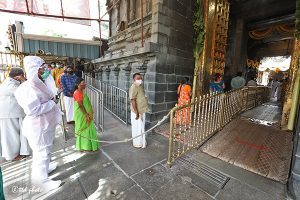 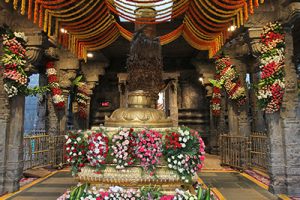 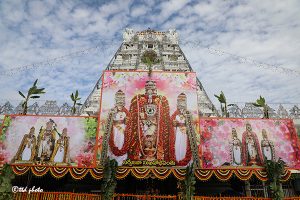 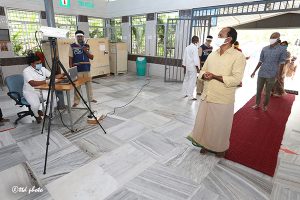