Tirumala, 01 March  20 ; Irrespective of different regions and different states, we are united since several centuries by the language of “Dharma” asserted, Sri Gouri Shankar, the Executive and Administrative Officer of Sringeri Peetham.

During his keynote address, Sri Gouri Shankar complimented TTD for organising the vedic sadas from the past several years and sustaining the Vedas. Gathering of over 700 scholars on one platform is a commendable task. I wish all the students who are undergoing vedic education in this great place will promote and disseminate vedic knowledge to future generations”,  he maintained.

The Avadhana Prakriya (a form of poetic recitation which is unique only to Telugu) by renowned Avdhana scholar Sri M Nagaphani Sharma enthralled audience in a big way admist grand applause.

Of the 727 students from all over India applied, 327 have took part in exams and among them 270 were declared successful.

While 178  who passed in first grade were presented 10 gm gold  dollar each, remaining 92 were  presented 10 gm silver dollars besides cash purses, certificates and shawls by the TTD.

The entire event was carried out under the supervision of Principal Sri KSS Avadhani. 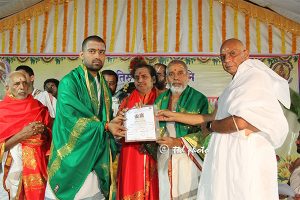 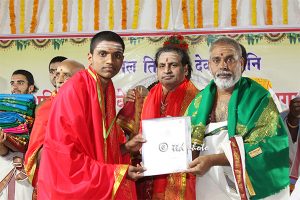 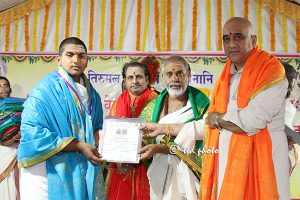 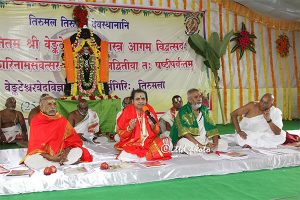 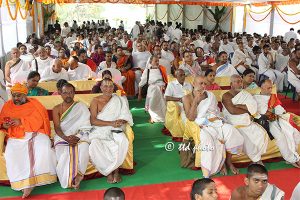 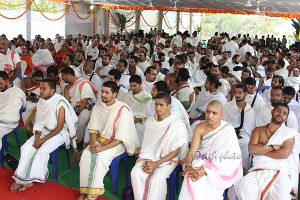 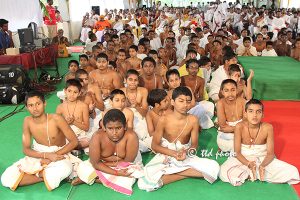 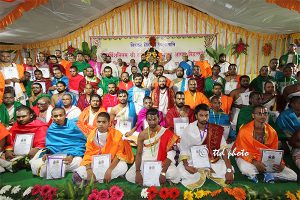 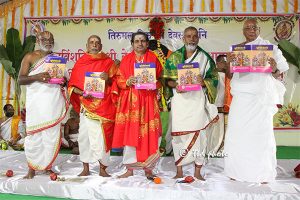