ANNUAL PAVITROTSAVAMS REVIVED BY TTD IN 1962

Every year, TTD celebrates Pavithrotsavam on the important days of Ekadasi, Dwadasi and Trayodasi in the auspicious month of Sravana as per Hindu calendar. Saluva Mallaiah Deva Raja first instituted this festival in 1463 AD at Tirumala during the period of Saluva Narasimha as per the inscription 157 present in Srivari Temple.

Earlier in the morning, Snapana Tirumanjanam was performed to the utsava deities of Sri Malayappa Swamy, Sridevi and Bhudevi amidst chanting of Vedic mantras followed by Pavitramala Visesha Samarpana. In the evening, the deities will be taken around four mada streets in a procession and in the night Vedic rituals will be performed in yagashala between 7pm and 10pm.

The significance of the festival is that the priests symbolically seek the pardon of Sri Venkateswara Swamy for their acts of all omissions and commissions committed either knowingly or unknowingly during the performance of daily rituals to the presiding deity inside the temple all through the year. 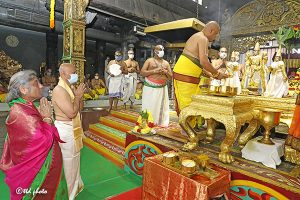 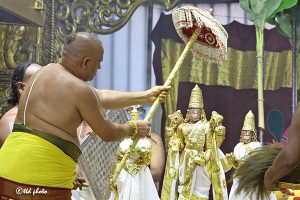 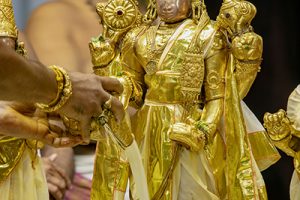 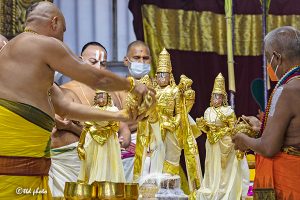 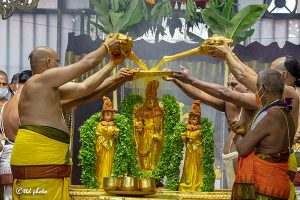 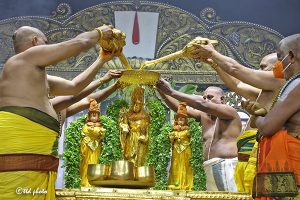