Addressing a review meeting at the TTD administrative building he said TTD had taken up Managudi program four times a year to spread the message of values of sanatana Hindu dharma and significance of Hindu temples.

He said Srivari Sevakulu and trained archakas played a major role in that task.

The EO instructed officials to ensure imparting extended training in Puja vidhanam in second and third phases of archaka training and also take up distribution of books on deities in villages.

He said the institutions like Isckon and Ramakrishna mission should be  involved in the Shubhapradam program in which  thousands of students were imparted knowledge of dharma and Hindu traditions since 2012.

He also directed the SVBC to telecast the content for the annual Sanatana dharma exams in which thousands of students participated during summer vacation.

He said the Sri Venkateswara Rathayatra campaign in rural areas should also comprise of Bhakti sangeet, mythological films to enthuse students in schools.

Earlier HDPP secretary Acharya Rajagopalan made a power point presentation on activities and projections of HDPP. 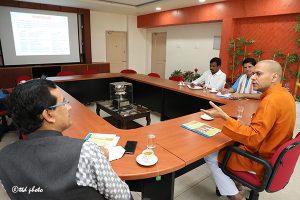 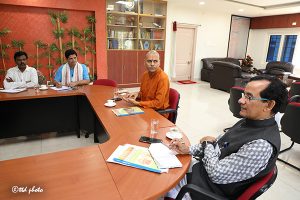 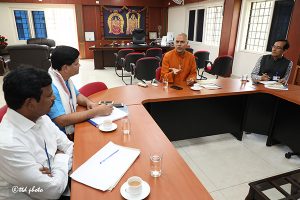 « “YOGA PROMOTES PERSONALITY DEVELOPMENT”- TTD CHAIRMAN YV SUBBA REDDY » About 44,415 Pilgrims had Darshan from 3am to 6pm on December 13