Tirumala, 13 July 2021: While appreciating the Vigilance and Security measures taken up in Tirumala to provide foolproof security cover to the temple as well to the multitude of visiting pilgrims, TTD Executive Officer, Dr K S Jawahar Reddy said security shall be further strengthened by adopting more advanced technology.

The CVSO thoroughly explained the functioning of the Centre with the help of power point presentation. He had explained to EO with the help of some video clippings about how their personnel take measures to prevent wild animal intrusion in living areas using automatic sirens diverting them back to woods, how thieves, dalaris and cheaters are caught hold with the help of CCTV footages inside temple, at Hundi, at PACs, Akhilandam, laddu counters etc., how the missed children are re-united with their parents, how unauthorised hawkers are being identified and many more.

The CVSO said efforts are on to transform Tirumala into a crime-free pilgrim Center. Of the 1654 CC cameras installed in the Hill town 1530 were integrated with the command control with a facility to alert the mobile security personnel on their Tabs immediately if any crime is committed in their region. A Few more CC cameras will be soon linked to the C Cube Centre to aid the committed functioning of the TTD vigilance staff, he added.

Speaking on the occasion TTD EO said TTD vigilance and security wing is standing as an exemplary to other places of worship with its State-of-Art hi-fi security apparatus. He said, it is learnt that the Israel technology is best for providing a foolproof security cover and its probability to adopt for Tirumala will be examined. He also said a permanent C Cube Centre will also be planned soon by renovating the existing PAC4.

Later the TTD EO felicitated 30 vigilance personnel including a woman guard who had excelled in discharging their duties and presented them with cash awards as a token of appreciation for their services.

Thereafter the TTD EO also inspected the  CC cameras set up in Vaikunta Queue Complex 2 and made some valuable suggestions to the officials concerned.

He directed the CE Sri Nageswara Rao and to speed up the work and complete by this September as the annual brahmotsavams are scheduled in October. He also inspected the works of Alipiri footpath between Rajagopuram and Galigopuram.

The EO visited the ongoing plantation works going on at Seventh Mile Prasanna Anjaneya Swamy by Forest wing of TTD and directed the DFO Sri Chandrasekhar to provide aesthetic feel to devotees by planting more colourful and attractive floral species. 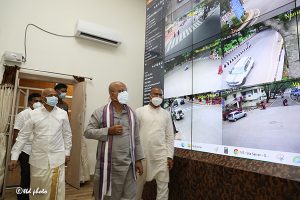 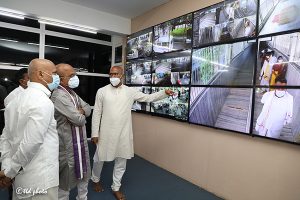 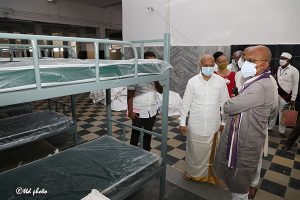 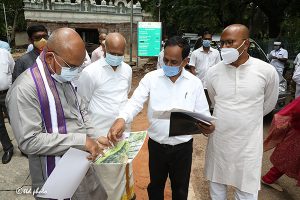 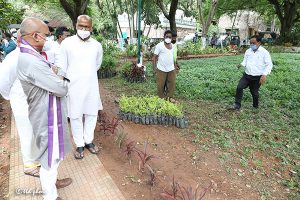 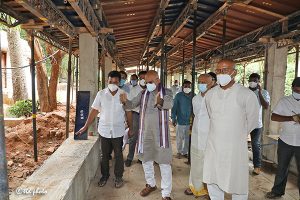 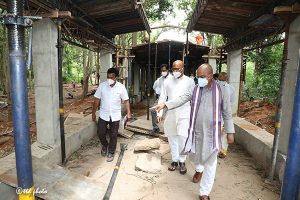 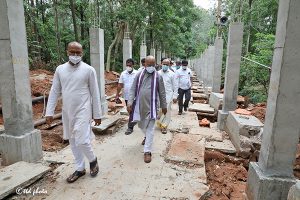 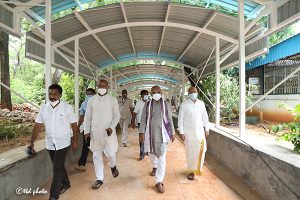 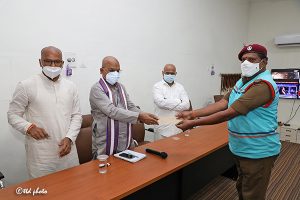