Tirumala 04 Nov 2019: The annual Pushpayaga Mahotsavam was performed with religious fervour in Tirumala temple on Monday.

Pushpayagam is usually observed on the advent of Sravana Nakshatra day in the auspicious month of Karthika as a “Pariharotsavam” to the commissions and omissions performed either knowingly or unknowingly during annual brahmotsavams. It is also observed seeking good rains and bestow prosperity on mankind.

As per the existing historical evidence, Pushpayagam was in vogue since 15th Century. But due to unknown reasons it was dispensed for some time and again on November 14 in 1980 it was reinstated by TTD.

About eight tonnes of 14 varieties of flowers and six varieties of leaflets have been utilized to perform this colourful floral bath to the deities of Sri Malayappa Swamy along with Sridevi and Bhudevi. The flowers shower was rendered for 20 times to the deities seated on a special platform in the Kalyanotsava Mandapam.

TTD EO Sri Anil Kumar Singhal and other officers took part in this fete which was observed between 1pm and 5pm on Monday.

Earlier, the procession of flowers took place from Garden Office to Tirumala temple where in the Additional EO Sri AV Dharma Reddy participated in the special puja along with Garden Superintendent Sri Srinivasulu and Temple DyEO Sri Harindranath.

The flowers included aromatic, traditional and ornamental ones viz. Crysanthimum, Lillies, Nerium, Crossandra, Lotus, Jasmine etc.and leaves like Aegle marmelos, Basil, Oregano etc. Of these 8 tonnes of flowers, 5 tonnes are donated by donors from Tamilnadu, 2 tonnes from Karnataka and one tonne from AP and TS for the fete.

Over 200 Srivari Sevakulu were deployed apart from the Garden staff to carry the flower baskets over their heads in a colourful procession. 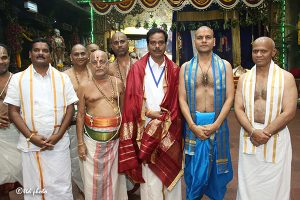 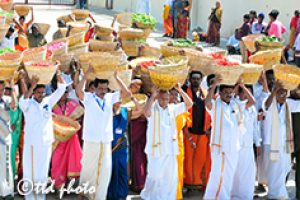 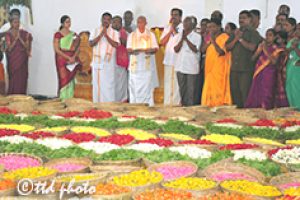 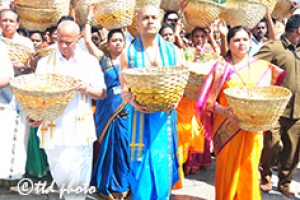 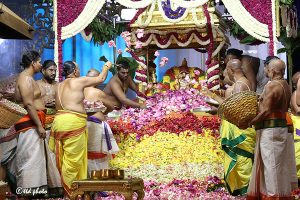 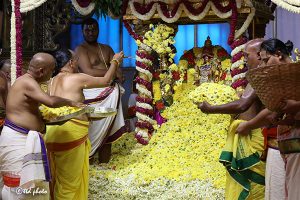 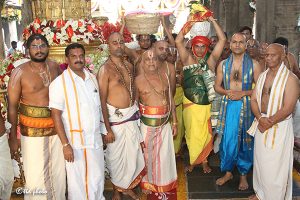 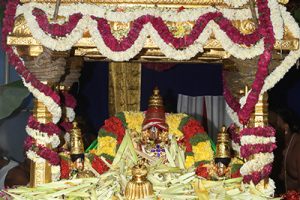