With the allotment of land in this village by the Government of Jammu, TTD has commenced the construction of the Srivari temple for which the pooja is performed as per tradition.

The sacred kalasams were brought to Yagashala by TTD Chairman Sri YV Subba Reddy and EO Dr KS Jawahar Reddy and they performed Abhishekam to the stone kept in the construction area.

This was followed by Silanyasa Puja, Chaturveda Parayanam, Navagraha Stotra Parayanam, Maha Vishnu Puja and then the stone was consecrated in the ground and special puja was performed.

Later the Jammu Lt. Governor was explained about the plan of the upcoming temple and other amenities.

TEMPLE IN ONE AND A HALF YEARS-CHAIRMAN

The construction of the Srivari temple at Jammu will be completed within 18 months, said TTD Chairman Sri YV Subba Reddy.

Speaking on the occasion of the Foundation stone laying ceremony held for the temple at the Majhin village in Jammu on Sunday he said under the instructions of Honourable CM of AP Sri YS Jaganmohan Reddy, the TTD board has resolved to construct Srivari temples across the country as part of the protection of Hindu Sanatana Dharma.

He said the Government of Jammu has allotted 62.10 acres of land in Majin village of Jammu district to TTD towards the construction of Sri Venkateswara Swamy Temple and its allied structures.

The Bhoomi Puja got delayed owing to Covid. However, as the ceremonious puja was performed here today, the construction of Sri Venkateswara temple will be completed within next 18months, he maintained.

The works worth Rs. 33.22crores have been sanctioned out of which Rs. 27.72crores worth works will be completed in first phase including temple, sub-temples, Vahana Mandapam, Electricity, water supply etc.

While in the second phase, Veda Pathashala at Rs. 5.50crores, Hostel and Medical buildings, Kalyana mandapam etc. will be taken up, he added.

He also said the pilgrimage tourism in Jammu will boost up with this upcoming Srivari temple soon. He said the temple will be constructed with stone architecture as in Southern India to give an aesthetic feel to devotees. 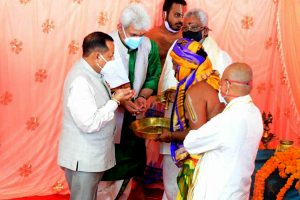 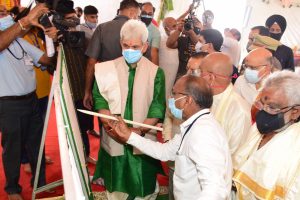 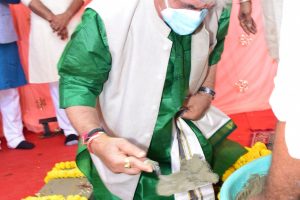 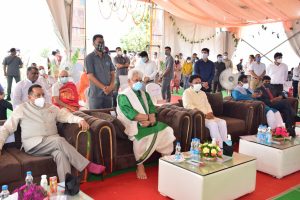 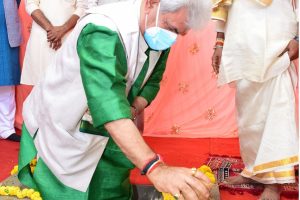 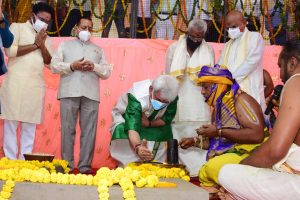 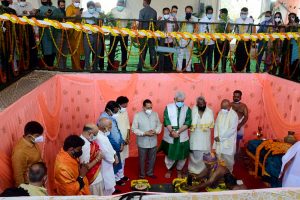 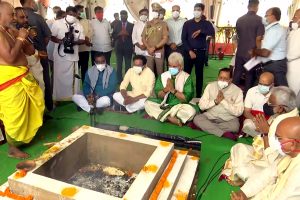