“GOVINDA” APP GETS THUMBS UP FROM PILGRIMS 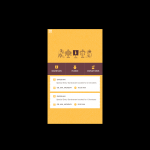 The app which was launched by TTD on Telugu New Year’s day on Ugadi, on March 29 provides the booking of Rs.300 ticket, e-Donation and e-Hundi in just three clicks on the mobile.

TTD EO Dr D Sambasiva Rao said, the temple management is trying out all the ways and means to provide the best possible services to its pilgrims with more transparency and speed. “Our intention is to provide all the amenities to pilgrims in a hassle free way. Our IT wing along with TCS have brought significant changes in our most ambitious “Digital Tirumala” online booking system in the last one year and a half years.