HEAVY DOWN POUR DOES NOT HAMPER DEVOTION

TIRUMALA WITNESSES HUGE TURN OUT OF PILGRIMS ON G-DAY

Braving the heavy downpour, the devotees did not move from their places since last day to catch the glimpse of Lord Malayappa on Garuda Vahanam and once again proved that the inclement weather will not hamper their devotion.

From the rituals starting from day one of Brahmotsavams till the completion of the Nine-day religious event, Garudalwar holds a prominent place in Sri Vaishnava Sampradaya. Garuda serves His Master as temple flag-Garudadhwaja, as the carrier-Garuda Vahana and stands as an example of true “Sevaka”.

As soon as Sri Malayappa Swamy appeared sitting gracefully on the mighty Garuda Vahanam that moved from Vahana Mandapam at the scheduled time of 7pm, the entire hill town reverberated to the frenzied rhythmic chants of “Govinda… Govinda…” by devotees.

The mighty Garuda Vahanam surged ahead with the Lord wearing the Sahasranama Kasula Haram, along the sacred four-mada streets. The devotees, became ecstatic with bhakti elixir by witnessing the grandeur of Lord with utmost devotion.

Rare ornaments were adorned to the utsava idols during Garuda Seva.

The beauty of the Sri Malayappa Swamy sitting majestically on the shoulders of Garuda was the most awaited sight to tens of thousands of eyes which witnessed the grand procession of Garuda Seva.

For the devotees who remained outside the galleries, TTD has made their stay comfortable with water, buttermilk, beverages, snacks etc. They also witnessed Garuda Seva through LED screens erected at various places in Tirumala.

Additional toilets were in place to meet the demands of aged, women and children in their long wait.

TTD CHAIRMAN, EO THANKS ALL 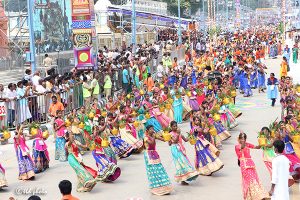 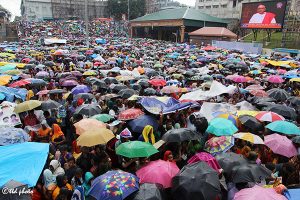 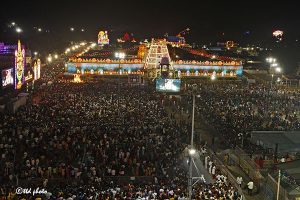 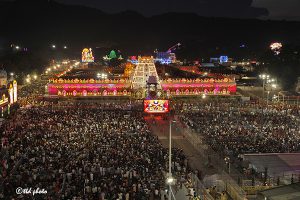 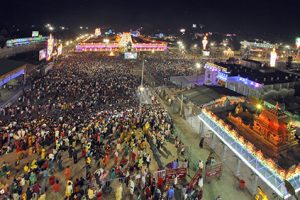 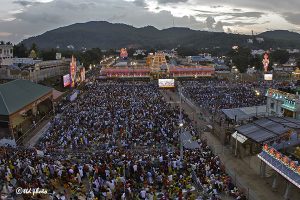 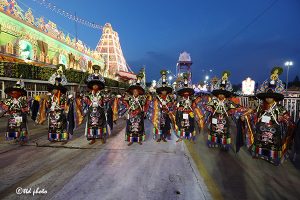 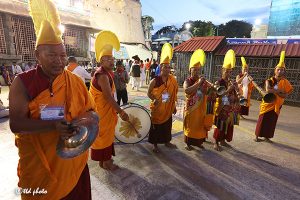 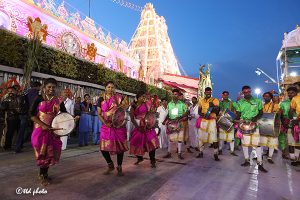 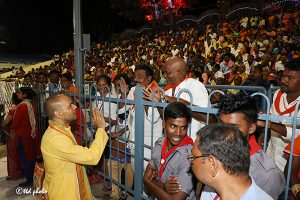 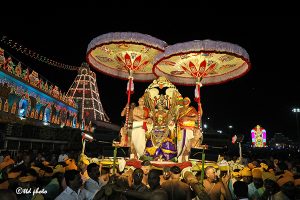 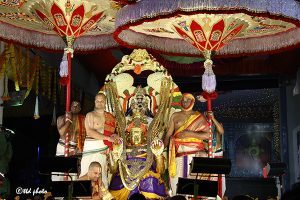 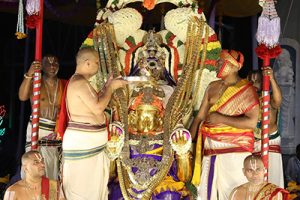