Tirupati  21 Feb 20 ; The temple city of Tirupati echoed to the chantings of Hara Hara Mahadeva Sambho Sankara on the auspicious occasion of Maha Shivaratri at Sri Kapileswara Swamy temple as part of the ongoing annual Brahmotsavams on Friday.

TTD organised a lofty Rathotsavam (Bhogi theru) signalling the importance of Ratham which is an embodiment of human body and mind and when synchronised with God would provide solutions to all ailments and wordly problems.

The devotees were delighted by the sought of Sri Sonaskanda on the wooden chariot.

This fete is usually observed as a soothing relief to the deities who continuously engaged in morning and evening vahanams.

As part of Nandi Vahana Seva during Brahmotsavams on Friday evening and in view of Mahasivaratri, TTD has made elaborate arrangements.

After Nandi vahanam in the evening, the Lingodbhava Abhisekams will be performed from midnight till 4am of February 22.

On the  instructions of TTD EO Sri Anil Kumar Singhal and in the supervision of JEO Sri P Basant Kumar special arrangements for queue lines,  parking slots for two and four wheelers and Anna Prasadam, drinking water and buttermilk distribution for all devotees have been made by TTD.

Interested devotees could participate with a ticket of ₹250 and beget blessings of deities.

He was given a ceremonial welcome by temple officials and archakas at the temple dwaram. After darshan of the presiding deity and Kamakshi Devi he was offered prasadams. 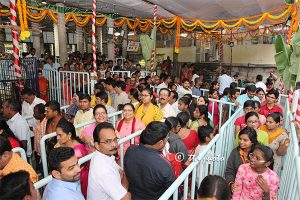 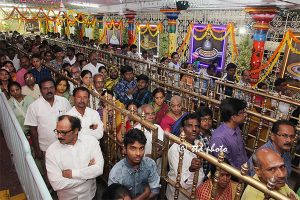 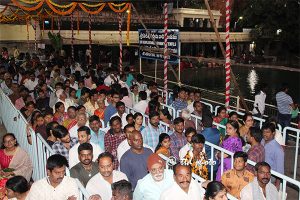 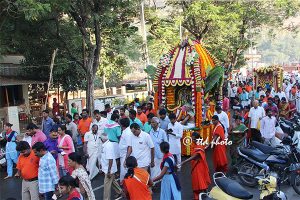 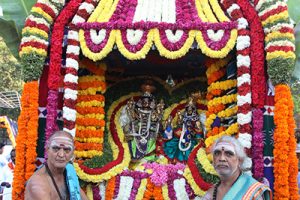 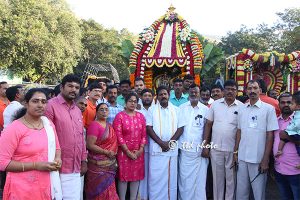 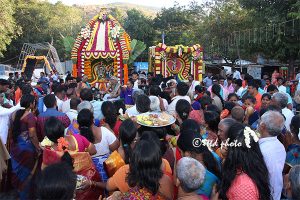 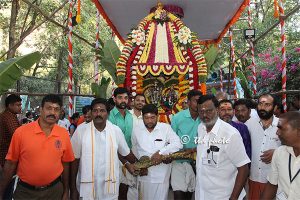 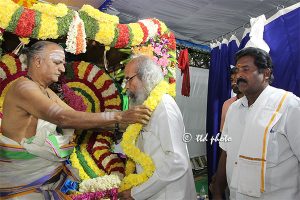 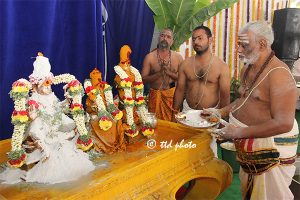 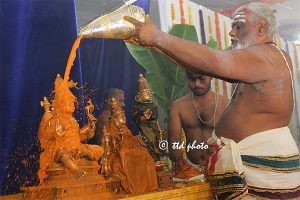