Jyestabhishekam also is known as Abhidyeyaka Abhishekam is considered as one of the most important annual festivals that is being observed in Tirumala for three days in the month of Jyesta with the concluding fete coinciding with the advent of Jyesta star in the constellation.

After Second Naivedyam Bell, the utsava deities of Sri Malayappa Swamy with Sridevi and Bhudevi were brought to Kalyana Mandapam in Sampangi Prakaram and Snapana Tirumanjanam was performed amidst the chanting of Panchasuktas.

Later, in the evening the deities are decked with Golden Armour (Bangaru Kavacham). This armour will remain on the deities till Jyestabhishekam next year. 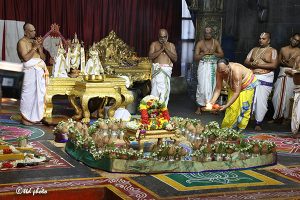 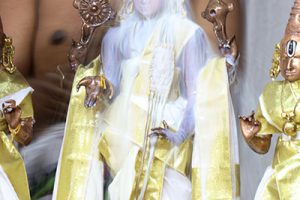 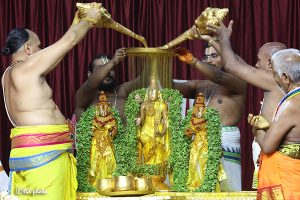 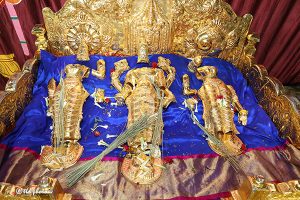 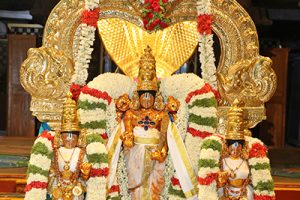 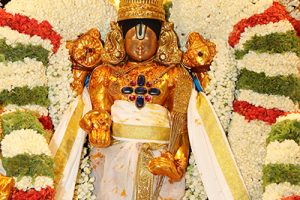