Talking to media persons outside the temple after the fete, the Additional EO Sri AV Dharma Reddy said this traditional fete is observed four times in a year during annual Brahmotsavams, Vaikuntha Ekadasi, Ugadi and Anivara Asthanam on the Tuesdays occurring before these festivals.

Meanwhile, an aromatic mixture called Parimalam was sprayed on the walls, roofs of the temple and other sub shrines located inside Tirumala temple and cleansed. This entire activity took place between 6am and 12noon.  Later the devotees are allowed for Darshan. 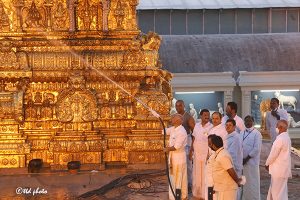 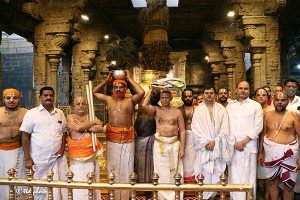 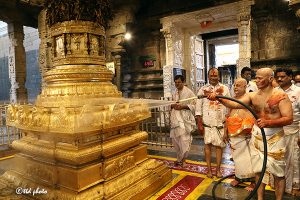 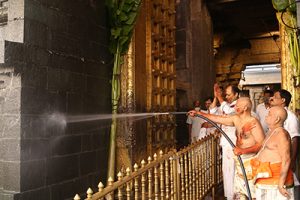