Tirumala, 31 Dec. 19: Ahead of Vaikunta Ekadasi, the traditional cleansing ritual of Koil Alwar Thirumanjanam was performed on Tuesday morning at Srivari temple.

Participating in the holy ritual along with Additional EO Sri AV Dharma Reddy,  the TTD Executive Officer Sri Anil Kumar Singhal said the cleansing fete will be conducted in Srivari temple four times a year that is during annual Brahmotsavams, Ugadi, Anivara Asthanam and Vaikunta Ekadasi. He said all arrangements are in place for Vaikuntha Ekadasi on January 6 and Dwadasi on January 7.

From the golden vimana of Ananda Nilayam to Bangaru Vakili all sub-temples, Prasada Potu, temple corridor, walls and ceilings besides puja utensils  were cleaned with Parimalam, he said.

The EO said as in last year German were prepared for devotees waiting in the galleries of four mada streets where Anna Prasadam and drinking water will be served on besides toilets and bathrooms are also set up.

He appealed to the devotees to be patient and cooperate with temple staff and beget blessings and Vaikuntha Dwara darshan on January 6 and 7. 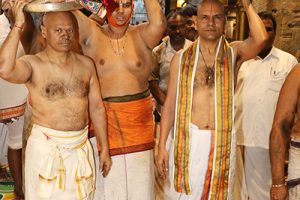 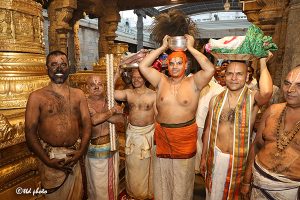 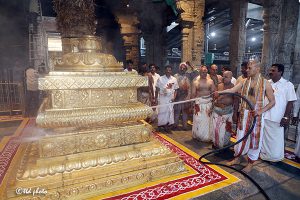 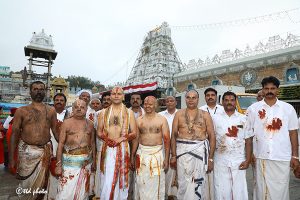 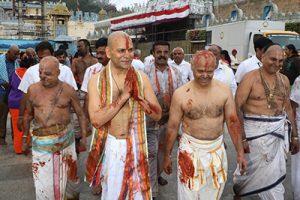 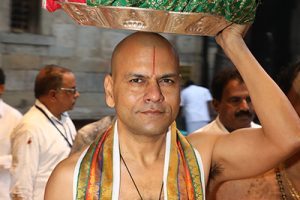 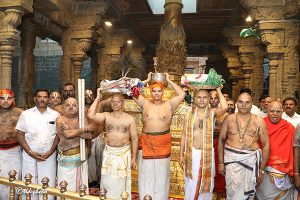 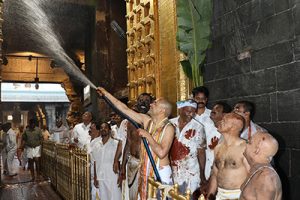 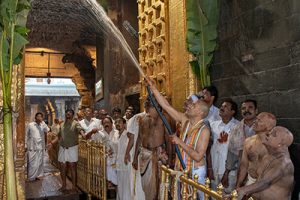 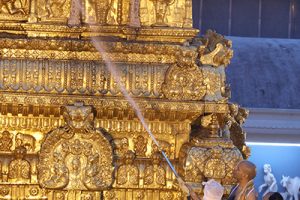