Tiruchanoor, 29 Nov. 19: The Universal Mother Sri Lakshmi Devi and Srimannarayana are one and the same said, Sri Anupamananda Maharaj Swamiji, the President of Ramakrishna Mutt, Tirupati.

During his religious discourse as a part of the Srinivasa Veda Vidwat Sadas held at Asthana Mandapam at Tiruchanoor on Friday, he said even the Vedas have depicted that in Hindu Sanatana Dharma, both Lokamata and Jagannatha are one and the same in the creation of the entire Universe. That is why women is given utmost respectable place in our society”, he added. 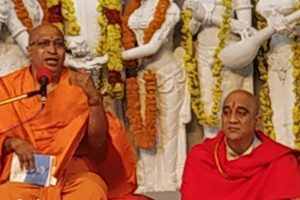 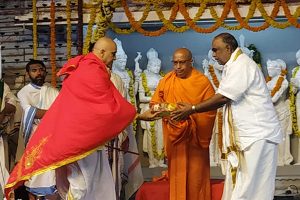 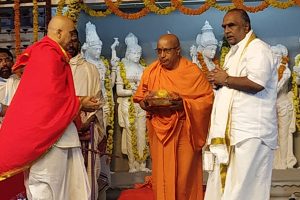