Briefing media at Media Centre, the CMO said, six dispensaries and six First Aid centers have been offering round the clock services in Tirumala apart from one Apollo Cardiac Centre. “For this brahmotsavams, we have deployed 40 doctors and 90 paramedical staff and also set up Emergency Cells at BIRRD, SV Medical College and SVIMS. While for Garuda Seva, we have set up Mobile Clinics in all four corners of the Mada Streets to cater to the needs of the pilgrims”, he added.

Further, he said, among the doctors who are deployed for Brahmotsavams, Ortho and Heart Specialists have also been called for and 13 Ambulances will be plying 24X7 to offer services to pilgrims. The Head of Medical wing said, the Aswini Hospital which is under renovation will get ready by the month-end and we will be able to provide advanced medication to the pilgrims as well to the locals”, he said. 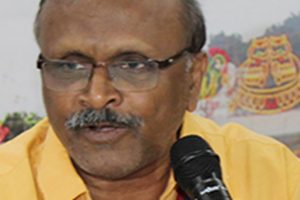