OVER 500 DONORS CONTRIBUTED FOR SRIVANI IN 10 DAYS

In the last ten days of it launch, the Trust collected over half a crore in the form of donations. So far 533 donors have contributed for the SRIVANI Trust (from October 21 till October 30. Every day there was a considerable increase in the number of donors.

The concept behind the launch of this trust is to promote Hindu Sanatana Dharma in the remote villages and avoid religious conversions. Apart from this, the construction of Sri Venkateswara Temples will also be taken up along with Archakatva training etc.in the hamlets.

The contributions made to this Trust will be between Rs.10,000 to Rs.99,999. The donor is entitled for Beginning Break darshan privilege at one ticket for donation of every Rs.10,000/- made with a ceiling of Nine (9) tickets. To redeem privileges of Beginning Break darshan under protocol, the donor should pay Rs.500/- per ticket. TTD is also contemplating to link the darshan ticket with accommodation when once the on-line application of SRIVANI Trust comes into force in November. 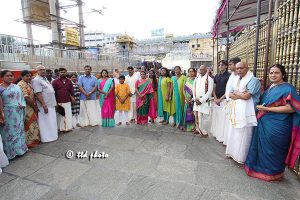 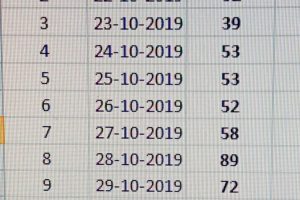