His Holiness declared Sri Srinivasan one of his disciples as Chinna Jeeyar Swamy of TTD. On this occasion Sri D.K.Audikesavulu, Chairman TTDs and Sri I.Y.R.Krishna Rao, Executive Officer TTDs also spoke on this occasion.

From 1970, joined as Adhyapaka in H.H.Pedda Jeeyangar Swamy Mutt at Tirumala and served in Sri TT for about 10 years.

During the above period for one year worked as Divya Prabandha Pundit in Dharmagiri Veda Patasala.

On 1st May 2004, assumed the office of H.H. Chinna Jeeyangar and rendering service in all TTD Temples as deputy to late H.H.Sri Ranga Ramanuja Pedda Jeeyangar, TTD. 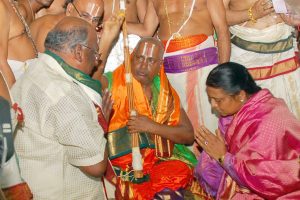 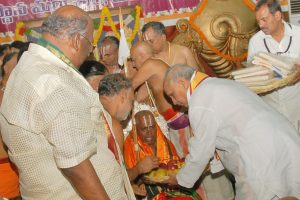 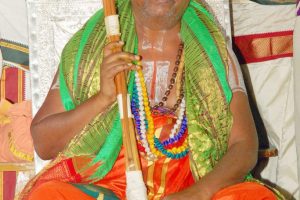 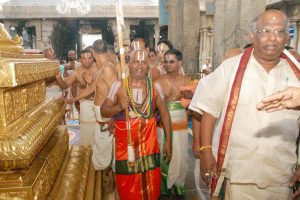 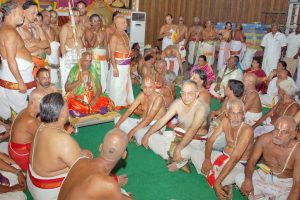 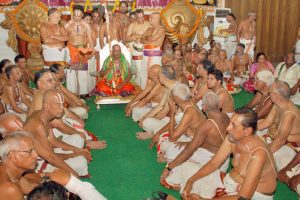 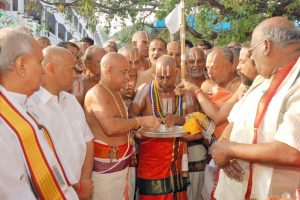 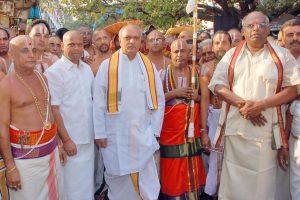 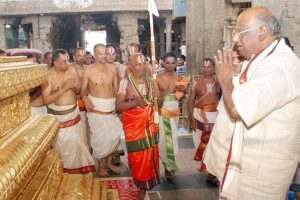