After a three-hour long review meeting with all the HoDs and Senior Officers of Tirumala, the Additional EO talking to media persons on Tuesday, said, a Standard Operating Procedure(SOP) is being formulated to bring awareness among the Potu workers on Do’s and Dont’s to be followed.

“The Potu workers will be oriented on the safety and precautionary measures. We are also purchasing Rose Cans to avoid spilling over of ghee while pouring in the huge pans during the preparation of Boondi. On a trial basis we have purchased two Thermic-Fluid Stoves for safety preparation of Boondi. If the new mechanism succeeds, we will implement the same”, he added. 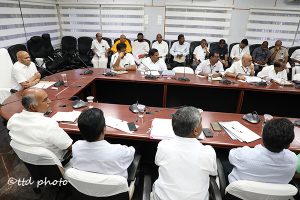 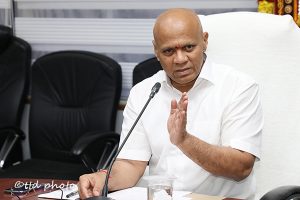 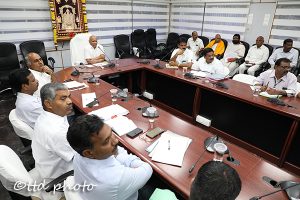 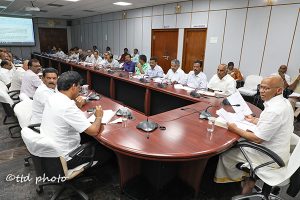