He participated in the foundation stone laying ceremony for development works worth ₹159.50 lakhs at  Karvetinagaram in the presence of Dy CM Sri A Narayana Swamy.

Addressing a meeting later the TTD Chairman said under aegis of HDPP Srivari temples were being built in Weaker sections colonies of both AP and Telangana.

He said TTD is organising Gudiko Gomata program all over the country and already launched in AP and Karnataka during the holy month of Karthika.

The Chairman also said upon the request of Deputy CM Sri Narayana Swamy funds released for development works in Karvetinagaram temple and for repairs for Kalyana Mandapams.

Deputy CM Sri Narayana Swamy thanked the TTD chairman for merger of two temples of Alathur and Kanigirikonda  with TTD. 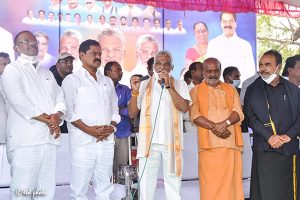 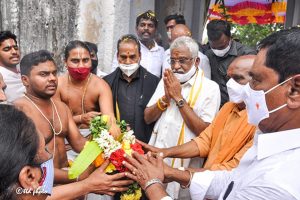 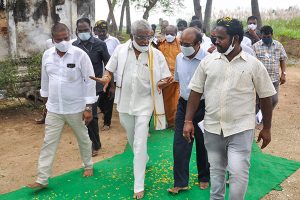 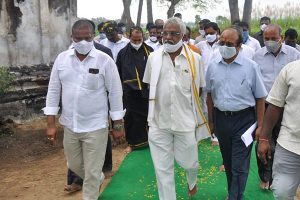 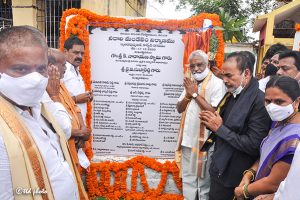 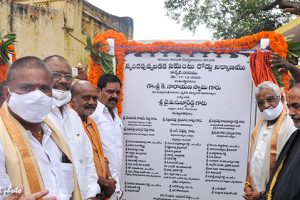