EO AND ADDITIONAL EO INTERACTS WITH PILGRIMS IN GALLERIES

DEVOTEES POUR LAURELS ON THE SERVICES OF SRIVARI SEVAKULU AND SCOUTS

Tirumala, 1 Feb. 20: A record number of over two lakh pilgrims has turned out for Radhaspathami event in Tirumala on Saturday. TTD has successfully overcome yet another big challenge of organizing this one day brahmotsavam which is also known as Surya Jayanthi by making elaborate arrangements to pilgrims for the big fete, which has one immense appreciation from devotees.

TTD EO Sri Anilkumar Singhal along with Additional EO Sri AV Dharma Reddy inspected the galleries and interacted with the pilgrims and volunteers personally to know whether the amenities that are being provided by TTD have reach even the last pilgrim or not. The devotees hailed the services of TTD including the uninterrupted serving of Annaprasadam, buttermilk and distribution of water in galleries and also poured laurels on the impeccable services of Srivari Sevakulu and scouts.

Meanwhile, to enable that all services reach every pilgrim, TTD has deployed 23 senior officers to supervise each mada street. Likewise, 215 more employees have also been drafted to take care of the amenities of the pilgrims. The entire exercise by TTD has resulted in a successful completion of the big religious event.

While in Health department, around 1000 sanitation staff, 700 srivari sevakulu offered services to pilgrims under the directives of Health Officer Dr RR Reddy and in the supervision of Unit Officer Sri Srinivasa Murthy. Nearly 20 tonnes, of waste has been lifted from four mada streets as soon as the annaprasadam servings are completed.

TTD Vigilance under the instructions of CVSO Sri Gopinath Jatti in co-ordination with police under the supervision of Tirupati Urban SP Sri Gajarao Bhupal have offered security cover to pilgrims and streamlined the pilgrim crowd without a mark of incident.

On the other hand, under the stewardship of CMO Dr Nageswara Rao, in the supervision of Medical Superintendent Dr Narmada, 10 doctors, 22 paramedical staff have been drafted to offer medical services to pilgrims in the case of emergency in four mada streets. Apart from this four 108 ambulances and two TTD ambulances were also pressed into service.

EO AND ADDITIONAL EO THANKS EVERYONE

They thanked the pilgrim devotees for making the prestigious religious event a humongous success by co-operating with TTD. 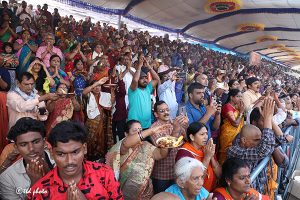 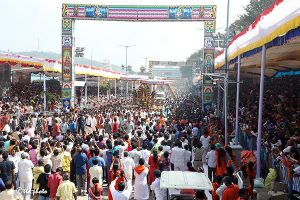 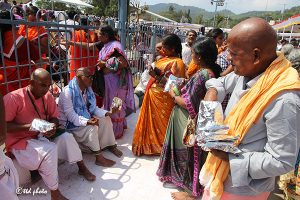 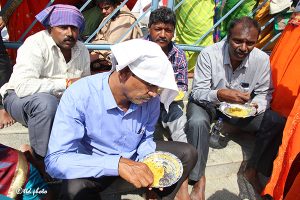 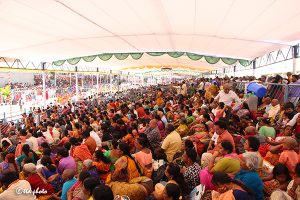 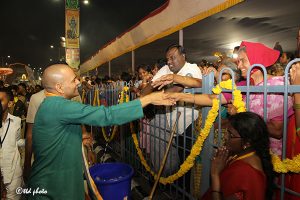 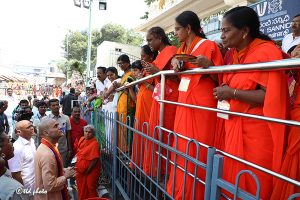 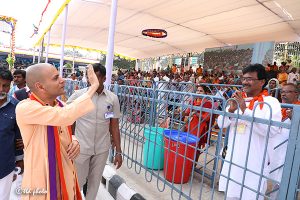 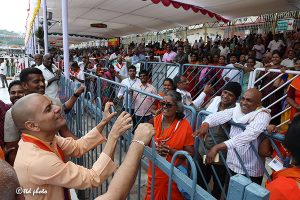