Tirumala, 21 Apr. 21: Snapana Tirumanjanam has been performed to utsava idols of Sri Rama, Sita and Lakshmana Swamy as part of Sri Rama Navami festivities in Tirumala temple on Wednesday.

The utsavarulu were seated on a separate platform at Ranganayakula Mandapam. After Sankalpam, Snapana Tirumanjanam commenced amidst chanting of Veda Mantras.

HE Governor of Tamilnadu Sri Bhanwarilal Purohit also participated in this special abhishekam performed to the deities.

Later in the evening, the utsava idol of Sri Rama will be taken on a procession along four mada streets on Hanumantha Vahanam between 7pm and 9pm. In connection with this Vahanam, TTD has cancelled Sahasra Deepalankara Seva.

In the night, Sri Rama Navami Asthanam will be held at Bangaru Vakili between 10pm and 11pm. 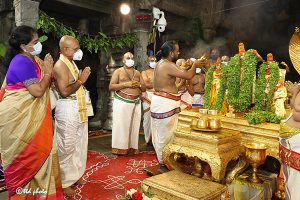 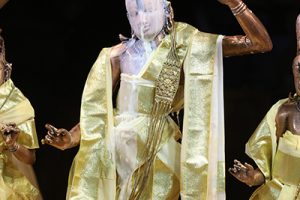 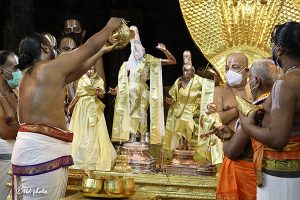 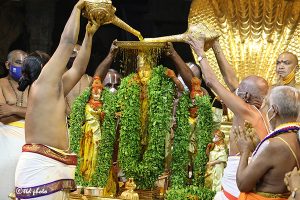 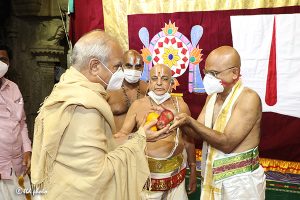 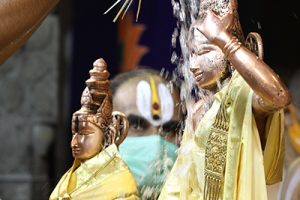