Tirupati, 25 November 2019: On day three of the ongoing Karthika brahmotsavams of Sri Padmavati Ammvari Temple at Tiruchanoor, the cultural programs organized by the TTDs HDPP,  Annamacharya Project, Dasa Sahitya Project at the Asthana Mandapam and other venues captivated the devotees.

At the Asthana Mandapam of Tiruchanoor, the team of Smt K Iswaramma of Tirupati rendered Mangala dwani and Sri Sri Sri. Tridandi Devanatha Ramanuja Jeeyar Swamiji presented a religious discourse on the Significance of Vishista Advaitha philosophy in Vedas.

It was followed by a religious discourse by Dr. E A Singacharyulu of Tirupati and later on Bhakti sangeet by Kumari Pratibha and  Soundarya troupe from Hyderabad.

Followed by Bhakti sangeet at Annamacharya Kala Mandir by Sri Girish and team of Tirupati.

Later on the troupe of Smt Sravani of Tirupati presented Bhakti sangeet at Ramakrishna Pushkarani.

Lastly, the team of Smt Lakshmi from Tirupati enthralled the audience at the Shilparamam on Tiruchanoor Road with their Bhakti sangeet. 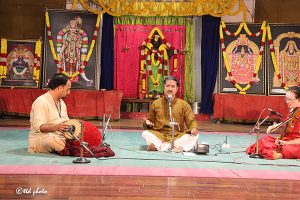 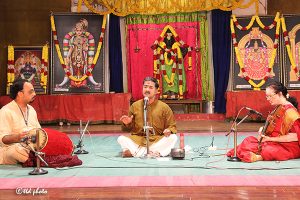 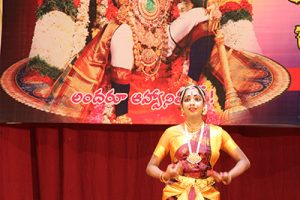 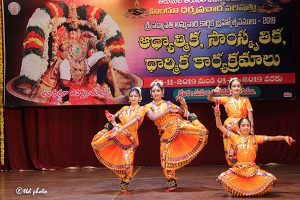 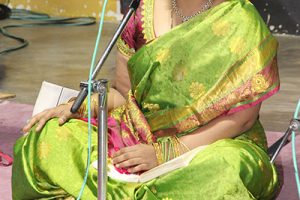 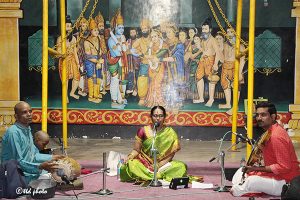