EO also explained the VIP dignitary about the Retractable Roof laid atop from Padikavili to Dhwaja Mandapam to shield pilgrims from inclement weather conditions.

Later the Sri Lankan Prime Minister had darshan of Lord along with his entourage during Astadala Pada Padmaradahana and VIP Break.

After darshan, the Veda pundits offered Vedaseervachanam in Ranganayakula Mandapam to the Lankan Prime Minister.  He was later presented theertha prasadams.

The Sri Lankan Prime Minister Sri Mahinda Rajapaksa was given a ceremonious farewell from Sri Padmavathi Rest House at Tirumala on Tuesday.

The foreign dignitary, earlier had darshan of Sri Venkateswara Swamy among with his entourage. 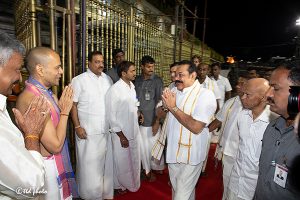 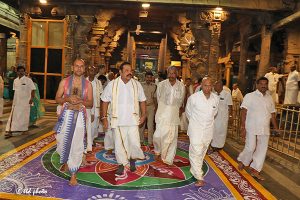 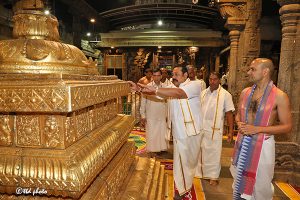 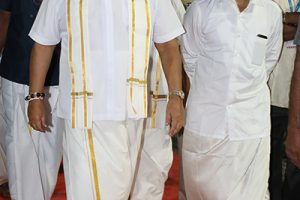 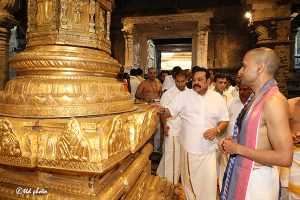 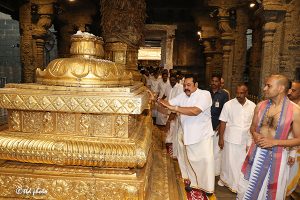 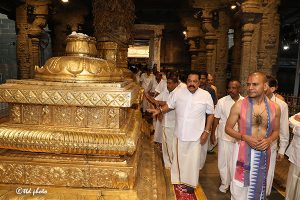 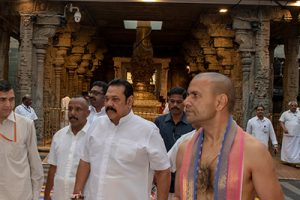 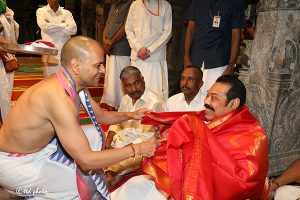 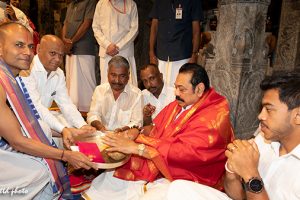 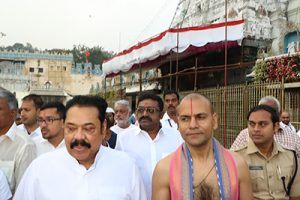