NEW APP FOR THE TRUST TO BE LAUNCHE IN NOVEMBER

Tirumala, 21 Oct. 19: The Sri Venkateswara Alaya Nirmana Trust (SRIVANI) which was commenced by TTD in the mid of this year will soon get a boost by extending the privileges of VIP Break Darshan to the donors of the Trust, said TTD Additional EO Sri AV Dharma Reddy.

Briefing media persons in Gokulam Rest House Conference Hall at Tirumala on Monday evening, the Additional EO said the Trust was launched with a unique concept of construction of Sri Venkateswara Swamy temples through donations received in SRIVANI Trust particularly in SC, ST and BC areas to avoid religious conversions and preserve, promote and propagate Hindu Sanatana Dharma.

He said the board also appreciated the innovative idea during the last meeting. The privilege of VIP darshan will be a onetime grant to the donors who donate a minimum of Rs.10,000 and a maximum of Rs.99,999. For each Rs.10,000 one VIP ticket will be allotted and the donor is entitled for Protocol darshan as a onetime grant with a ceiling limit of nine tickets. If the donations cross Rs.1lakh and Rs.1lakh to Rs.5lakhs and above the uniform privileges which are existing now for other Trusts will apply to this Trust also”, the Additional EO added.

Adding further he said, a Stand Alone Counter will be opened at Gokulam Rest House and the VIP ticket will be generated to the Donor then and there itself for  dashan on next day and to redeem the privileges of VIP Beginning Break Darshan, the donor should pay Rs.500 per ticket. The mode of payment for off-line donations at Tirumala will be through card swiping and also by cash in a counter exclusively set up for the purpose.

The Day-wise quota for a month will be released one month in advance and the quota will be decided by the authorities from time to time.

As soon as the Trust was launched on Monday evening, Sri Ramaiah, a donor from Chennai donated Rs.40,000 towards SRIVANI Trust. Additional EO Sri AV Dharma Reddy explained the donor about the privileges and congratulated him and his family. The donor also expressed his immense pleasure in receiving the first ticket as soon as the launch of the Trust. 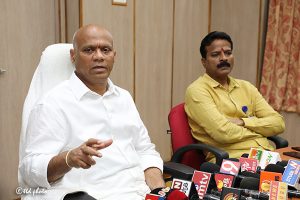 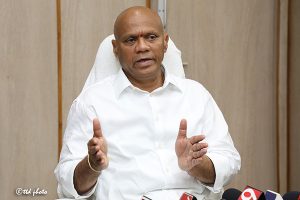 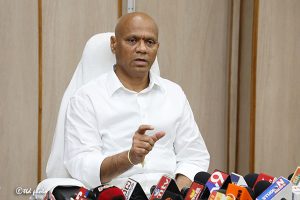