Tirumala, 13 Dec. 19: The Vaishanasa Agama Advisor,  Dr A V Ramana Dikshitulu advocated that suicides in Tirumala were an unwelcome feature and infact a big sin.

Speaking to media persons at his residence in Tirumala on Friday, the Agama advisor said it was a wrong thing and a superstition among some devotees that death in Tirumala earns them Vaikunthaprapthi-salvation from mortal world.

His comments came following the death of a pilgrim on Friday who intentionally  fell under a milk van at around 5:30am nearby the temple.

He said since death occurred on the mada streets surrounding the temple, the purification rituals were performed which included Suddhi, Punyahavachanam etc.inthe temple and the holy water is sprinkled in the incident area and later the daily worship continued.

He once again appealed to devotees not to undertake such irrational acts with false beliefs as it would affect the sentiments of millions of devotees across the world. 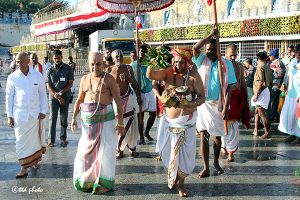 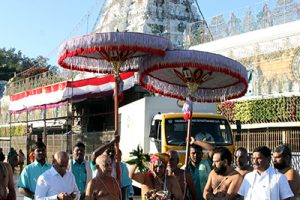 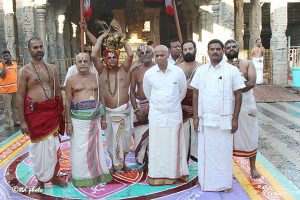 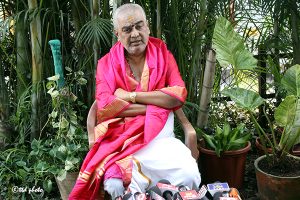 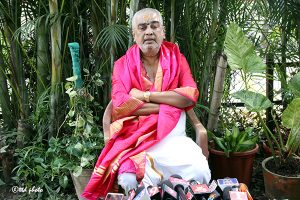