CONCLUDES ON A CEREMONIOUS NOTE

One of the most prestigious of the Parayanam programmes mulled by TTD with an aim to get rid of the ill effects of the Covid from across the world, Sundarakanda Pathanam concluded on a ceremonious note with the recitation of slokas during last Phase of Akhanda Pathanam at Nadaneerajanam Mandapam in Tirumala on Saturday held under the supervision of Dharmagiri Veda Vignana Peetham Principal Sri KSS Avadhani, with the slokas being recited by scholars Sri Seshacharyulu, Sri Pavanakumara Sharma and Dr Maruti.

“Sundarakanda Pathanam might have been recited by many scholars at different places but the one taken up by TTD is unique from others. With an aim to take the essence of the shlokas from this famous episode of Ramayana to the people, we not only did sloka Parayanam but also explained its meaning co-relating to the present-day affairs for the easy understanding of pilgrim devotees. With the live telecast of the Parayanam on SVBC, millions and millions of devotees from across the world watched the programme and even chanted the shlokas every day with utmost dedication and devotion. The divine chantings of Sri Rama and Sri Hanuman Namas which we did all these days will definitely protect all of us from the dreadful Covid virus”, he asserted.

The Additional EO said, the Parayana Yagnam will continue and yet another important episode from epic Ramayanam, Balakanda will commence at Nada Neerajanam from July 25 onwards. “Everyday there will be recitation of slokas from Balakanda along with narration akin to Sundarakanda by scholars between 7am and 8am and will be telecasted live on SVBC for the sake of global devotees”, he added.

Similarly, to overcome the economical crisis and bring back the shattered life across the globe caused due to Corona pandemic to normalcy, TTD has planned a month-long Sakalakaryasiddhi Srimadramayana Parayanam which also commences at Vasanta Mandapam in Tirumala from Sunday onwards. All the important slokas from Sundarakanda, Balakanda, Ayodhyakanda, Kiskindakanda, Yuddhakanda etc. Will be recited from July 25 till August 23″, he added.

In his remarks, Sri KSS Avadhani, the Principal, Dharmagiri Veda Vignana Peetham at Tirumala said, the Parayanam Maha Yaganam which won the hearts of millions of devotees across the globe has completed 471 days while Sundarakanda was concluded on the auspicious day of Guru Poornima after 409 days of non-stop recitation covering all chapters. “On the last day, that is today, a total of 229 shlokas including 109 from 65 to 68 Sargas of Sundarakanda and remaining from Yuddhakanda were recited today and concluded with slokas describing Sri Rama Pattabhishekam episode. Following the Beejaksharams, the Akhanda Sundarakanda Pathanam was carried out 16 times covering all the 68 Sargas and 2821 shlokas from the epic Srimad Ramayanam penned by Sri Valmiki Maharshi”, he added.

Later the Additional EO felicitated Sri KSS Avadhani, Dr A Vibhishana Sharma and others for their contributions in making the Sundarakanda Pathanam a huge success with their scholarly recitation and narration all these days. He also felicitated CEO SVBC Sri Suresh Kumar on the occasion. 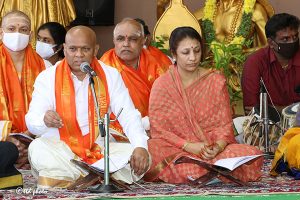 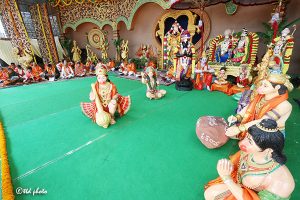 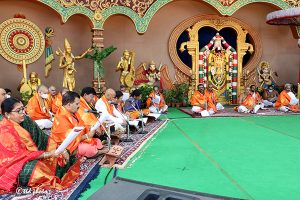 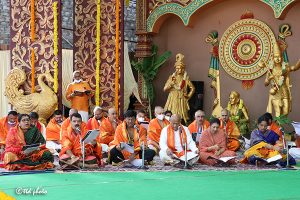 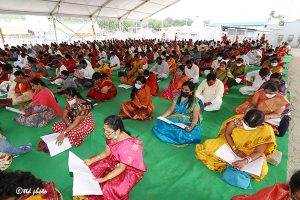 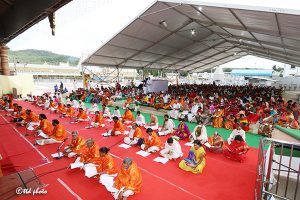 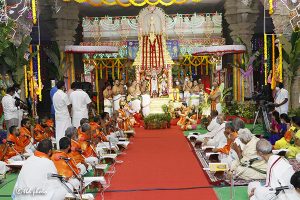 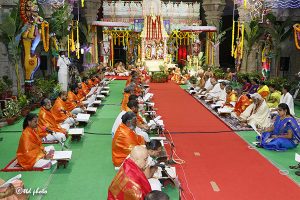