TTD JEO Sri Veerabrahmam commenced the akshatalu preparation initially by placing the materials at the holy feet of Sri Kodanda Rama and later handed over them to DyEO Sri Ramana Prasad who in turn handed over them to Smt Prasanthi, Director SVETA who is heading the Talambralu at PAC.

About 200 Srivari Sevakulu chanting Sri Rama Nama and Govinda Nama commenced the preparation of Talambralu packets. Each packet will have holy Akshatas, one pearl and a Kankanam and nearly 2 lakh packets will be prepared to distribute among the devotees who throng to witness the sacred Sri Sita Rama Kalyanam on April 15. 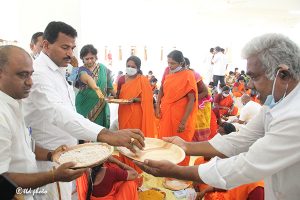 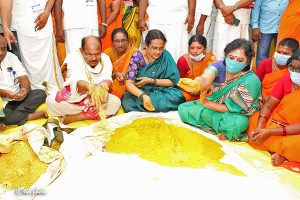 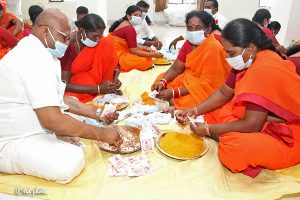 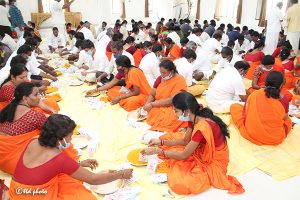 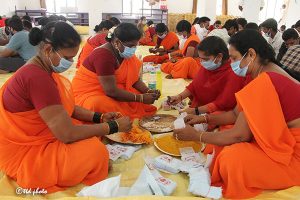